This Wednesday, Seattle Arts and Lectures hosted Annie Proulx, author of Postcards, The Shipping News, Wyoming Stories, as well as the short story Brokeback Mountain (later adapted into the Oscar-winning film) at Benaroya Hall. Proulx read from her new book, entitled Bird Cloud: A Memoir in Progress, giving a condensed but powerful taste of her style as a writer. Audience members were also given the chance to submit questions afterward for a question and answer session. 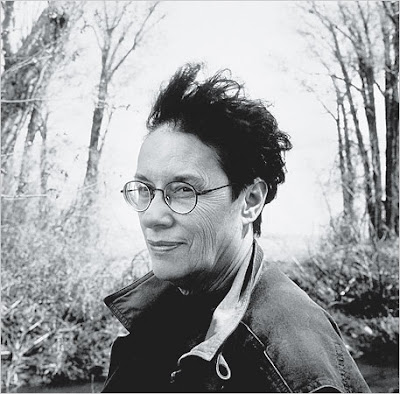 
Proulx, in her writing and her life, is deeply tied to Wyoming, her adopted home, and its land. She began with the setting of her house along a great cliff named Bird Cloud, describing the plate tectonics and slow forces that formed it, and that will reshape it again in the future. She progressed to describing the indigenous peoples who settled the area first, and then remembered the land as it was when she came to it. As visceral and raw as the wild land she loves, she delights in setting the scene with the small details. Her style reveals not only her great love of the land but also surrounds one in its untamed world. This wild landscape, created so attentively at the start, becomes the foundation for all other things—a fatal car accident on a state highway, an exchange with an overeager shopkeeper in her old hometown, or a fly-fishing expedition are all set against this vibrant backdrop.

No matter the subject, Proulx infuses a physicality into her stories that throws one into the moment and makes her stories come alive. The euphoria of her joy is tangible and real; its swift and merciless destruction bites just as coldly as if it had been us. In their extremities, they mirror the blossoming summers and brutal winters of Proulx's Wyoming, where nothing can truly last. Wielding all the power and force of nature and the earth, her writing becomes a living, breathing creature, strong and potent. This mere taste of her book pulled me in, leaving me hungry for more and in awe of a great writer.