Review of I Myself Have Seen It: Photography & Kiki Smith @ Henry Art Galley by Lucy H 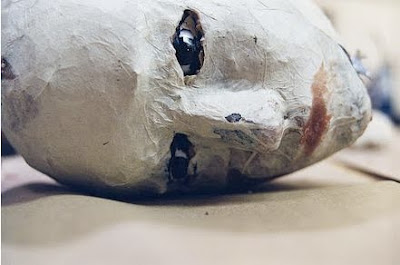 Entering Kiki Smith’s exhibit feels as though you are entering another person’s mind. I Myself Have Seen It is clearly the result of an unrestrained imagination. There is an overwhelming number of photos and sculptures of seemingly unrelated subjects. For Smith they must have a connection, but as someone who has never seen her work before, I am a bit lost. The artwork has no interpretations or explanations. Even the titles fail to hint at any underlying meaning of the works. While walking through I Myself Have Seen It I felt like one of the sterling silver figures in Smith’s Wandering: sculptures of young girls, deer, and wolves scattered in a glass box, gazing in different directions. They have no understanding; they are merely observing. They seem to have no purpose or reason for being there; they just are. Despite my confusion, I respect Smith’s ability to let her mind wander so freely, and her ability to express what she imagines. 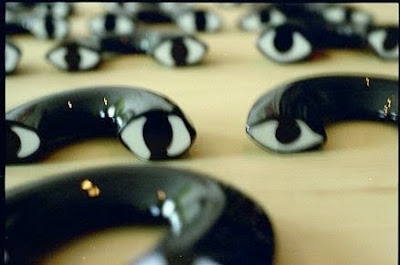 Eventually I focus on developing my own interpretation of Smith’s works rather than guessing her thoughts behind her art. One place that is meaningful to me is a group of photographs each titled Untitled (Eve). The first image depicts the top of a female statue’s head and her hand reaching up from the bottom of the image. The second depicts the statue’s feet. The third depicts the statue’s face looking at something unseen by the audience. When observing these photographs I feel I am missing what the statue wants me to see. Each time the photographer only reveals a small part of the statue (concealment of the whole is a motif in Smith’s exhibit). For me, the three Untitled (Eve) images represent the voices of many women who have tried to be heard but have not succeeded. 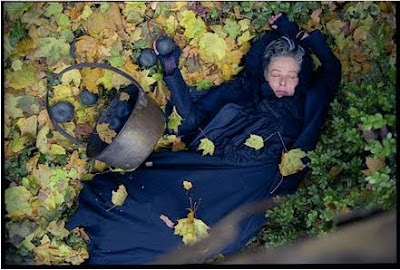 Perhaps my understanding of this group of photographs is far-fetched to you. Maybe the gallery filled with artworks of white animals has an important meaning for you while I am left puzzled. However I believe the purpose of I Myself Have Seen It is to illustrate how familiar objects have different meanings depending on the observer. It also illustrates how objects’ settings affect their meaning. Sculptures appear more than once in the exhibit, but they do not have a consistent purpose. By photographing her artwork Smith controls where observers’ eyes are drawn because she chooses their vantage point. Furthermore, by putting the photographs and sculptures in front of us with no explanations or interpretations, Smith forces us to discover what the objects mean to each of us individually. Thus to understand Smith’s exhibit, you have to visit it yourself! 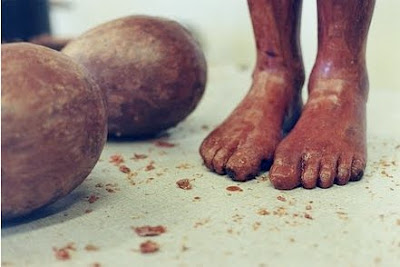 I Myself Have Seen It: Photography & Kiki Smith
Henry Art Gallery
Through August 15th
Hours: 11 - 4 Wed, Sat, Sun; 11 - 9 Thu & Fri; Closed Mon & Tue
Teen Tix members always get in FREE at the Henry, and you can bring a friend or family member for $5 ANYTIME the Henry is open. Go!
NOTE: contains mature imagery, recommended for people ages 16 and up