Review of Circus Dreams at Seattle International Film Festival by Bethany B. 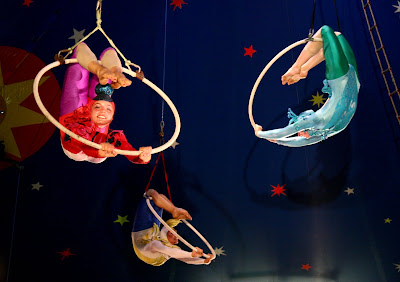 What did you want to be when you were little? We all had that dream of who we were going to become that made our futures seem bright and promising. Me? I dreamed of becoming a ballerina, but my older brothers told me they were going to sell me to the circus. After watching Circus Dreams I almost wish they had. Circus Smirkus is every kid’s dream come true. It’s a traveling youth circus that has it all! Clowns, juggling, acrobats (and that’s only the beginning). The film follows a group of young performers and their various talents, showcasing both what they can do, and what it’s like to travel with the circus. 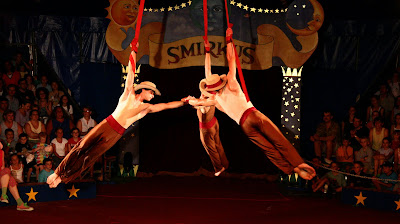 The film starts out with auditions: hundreds of kids send in videos to show off their Circus arts, hoping to make it to the next level. Only thirty-six kids are invited to live audition, and of those twenty four are given spots. However, there are eighteen returning troupers which leaves six spots for seventeen rookies. Since so few are accepted, emotions run high at the audition. When the elite group is chosen, it’s a mix of every kind of performer from all across the US. After the group is chosen they head of to Greensbough, Vermont to the circus headquarters. The circus has six permanent employees, and seventy-five seasonal workers. A major part of the staff are the coaches who train the young troupers for their performance. The coaches come from all kinds of famous acts such as Cirque du Soleil and Ringling Brothers. The training is intense, but the kids are so excited they hardly care. They have sixteen days of training, and then seventy performances. Each day of rehearsals starts at 8:00 and goes until dinner at 6:00, with additional classes after dinner. With only sixteen days to prepare, it is rough to assign parts, get a show together, and make it amazing, so the pressure is on. Every show is incredibly important to the delicate Circus Smirkus budget. Accelerating expenses and a slow economy threaten their livelihood. Add that to the ever present worry of inclement weather, and the pressure is on. 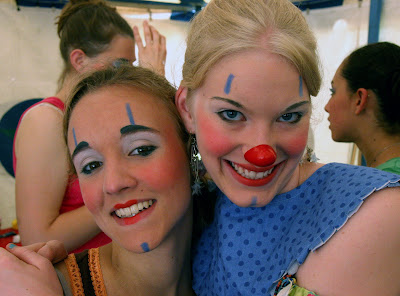 The film introduces different troupers, and you fall in love with each in turn. Have you ever heard of a Diabolo? Probably not, however this circus art is the use of two sticks with strings attached that are used with two circular objects. Jacob Stein-Sharpe and Nate Stein-Sharpe are brothers who are some of the best in the business. As brothers, they work together fantastically, and they make the calculated, complex movements seem easy.

Another pair of favorite troupers is Maddy Hall and Joy Powers. Somehow, clowns have fallen out of vogue for our generation (I blame Dark Knight and Ronald McDonald). However, Hall and Powers are in a completely different group of clown. They are funny, cute, and defy the stereotype that teenage girls must look perfect and let the guy be the funny one.

You are going to be amazed. The fear factor of the trapeze and lyra artists, the hilarity of the clowns, and the calculated complexities of the devil sticks and Diabolo will shock you. It’s beautiful, because instead of portraying the circus as weird or crazy, it shows you how beautiful the acts can be, and the aspiring art of youth. This documentary is definitely a winner. If you’re in the mood for a bright, inspiring film, or if you’re taking friends or siblings that’s new to film, or if you just appreciate a good documentary, you cannot miss Circus Dreams. We all had that dream of what we were going to become when we were little, and watching this film is like seeing all your dreams come true, even if you don’t run off and join the circus.