ALERT: THIS REVIEW CONTAINS SPOILERS. CONTINUE AT YOUR OWN RISK. 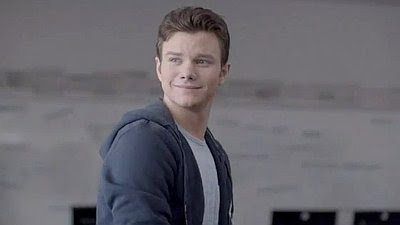 Glee's Chris Colfer writes and stars in Struck By Lightning


Many coming-of-age stories feature kids growing up in poverty and facing family problems, drug problems, and problems with school, then climatically rising above and following their dreams. Struck By Lightning is a bit... different. In the first minute of the movie, Carson Phillips (played by Glee's Chris Colfer), is struck by lightning and dies. It’s a little shocking at the beginning of a movie to have someone die suddenly. But you soon learn he was an extremely negative and hated high schooler, determined to get into Northwestern and ultimately succeed to become the Editor of The New Yorker, as well as the youngest person to write entries for The LA Times, The New York Times, and other large publications.

We learn the back story through flashbacks: in order to get into the college of his dreams Carson is the editor of the Clover High School newspaper, which no one reads, and the president of the Writers Club, which only had one member besides him. That member is Malerie (played by Bridesmaids' Rebel Wilson), a rather kooky girl who can never find the inspiration to write, but films everything all the time. Together, they expand his chances of getting into Northwestern by blackmailing much of the student body in order to have a successful literary magazine at the school.


However, his unstable mother is afraid of him leaving. After Carson's father left them when Carson was 13, she was left believing that everyone she loves is destined to abandon her. By the end of the movie, Carson’s death rings with a larger meaning. A boy with so much potential to do so much, a boy who was finally happy through his faults in his life, is dead.

Struck By Lightning is a fantastic movie full of phenomenal acting and beautiful, thought-worthy lines. It made me truly think about what negativity means in society, what my future means to me and my family, and why society makes me believe that dreams can’t come true. We can’t fast forward through the bad memories, we have to instead find an equality between bad moments and good ones. Both those who know Chris Colfer from Glee and those who do not will love this movie and the messages it sends to both adolescents and adults in our society today.

Struck By Lightning is the Opening Night film in this year's Seattle Lesbian & Gay Film Festival
Thursday, October 11
7:30 PM
Cinerama, 2100 4th Ave
TeenTix $5 at the door 30 minutes before showtime (Cinerama is HUGE! Many seats! Come on down!)
More info here.