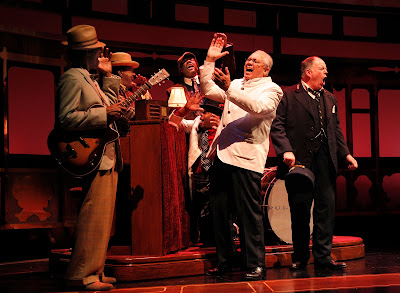 Photo by Chris Bennion
I’ll just come right out and say it: go see Pullman Porter Blues. This show manages to be refreshing and fun with exciting blues music performed by the best I’ve ever seen, while still addressing important issues with the respect and tone required. Pullman Porter Blues opens the Seattle Repertory Theatre’s 50th season; so I was surprised and albeit a little wary that it’s a musical. For those of you who are frequenters of the Rep, you know that musicals aren’t a particularly common show choice, and because of this, I worried that the acting and plot would be overlooked and overshadowed by flashy, empty music numbers taped together by quick, empty dialogue. I was wrong.

Pullman Porter Blues follows three generations of Pullman porters and racial oppression. The all-star cast plays and sings blues songs in a way that everyone can appreciate and enjoy, and presents the story and themes with artistry that I have never before experienced in a musical. Every aspect of the show works in sync with the others forming a cohesive experience. Often shows seem to have one sole focus, whether it is the acting, the singing, or the aesthetics; but no part of this show is overlooked and it manages to do something that few shows can achieve: be completely fun and hilarious to watch while still presenting themes and ideas that can be hard to understand and discuss. 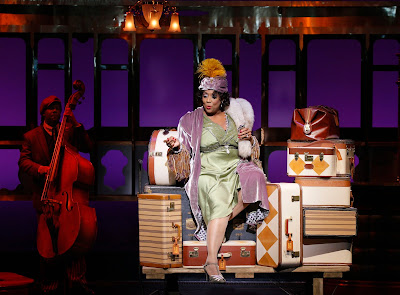 Photo by Chris Bennion
This show, a world premiere, is hard to pass up; you’ll find it to be full of heart, song, and emotion performed by some of theatre’s best. Pullman Porter Blues at the Seattle Repertory Theatre runs until October 28th, so be sure to catch it before it moves on.
Pullman Porter Blues
Through October 28
Seattle Repertory Theatre
More info at seattlerep.org
NOTE: Contains brief mature content