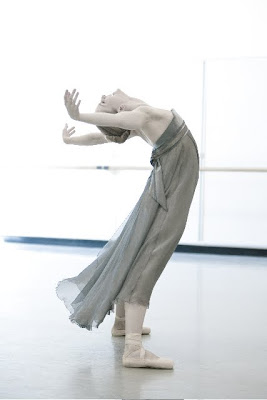 Carla Korbes as Juliette. Photo by Angela Sterling.
The Winger, written by PNB Principal Dancer Carla Korbes (currently starring as Juliette in PNB's Roméo et Juliette), is an interesting glimpse into the world of a young professional dancer.

For me the opening of the season was emotional in many levels. First, it was my premiere in the role of Juliet. Second, this version is so dramatic and intense that by the end I felt like I had merged with the character and I couldn’t help but feel upset, angry, sad and at the same time wired and happy; it was the most disoriented I’ve ever been after a performance.