Review of Behind the Scenes: The Real Story of the Quileute Wolves @ Seattle Art Museum by Alyssa T

If you’ve been in front of a television screen, movie theater, or average teenage girl in the past two years, and are consequently aware of the Twilight series, abandon all previous notions of the Quileute wolves at the foot of your doggy house—I mean doorstep—and come check out the Seattle Art Museum’s Real Story of the Quileute Wolves. This exhibit, which upon first glance appears to be another totem pole and dream catcher display, has the ability to nudge a person towards realizing how pop culture has the potential to detrimentally “eclipse” beautiful ways of life. 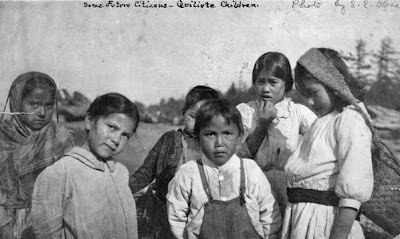 
Leaving Twilight for a second, what pops into your head when you hear the word “wolf”? The standard societal image of a wolf is a silver-furred beast howling at the moon. So as I was walking into the Seattle Art Museum, that’s exactly what I was expecting: tribal photographs of canines on cliffs, detailed graphite drawings of howling beasts, maybe even an animal skin headdress or two. When I finally stumbled into the exhibit, which was (unjustly) nowhere near advertised as much as Kurt and Andy Warhol, my stomach dropped a bit. There was a tribal headdress, but it seemed like a mass of oddly painted wood. No wolf hides. No crazy wolf tribute statues. No amazingly detailed wolf paintings. Just random Indian stuff. 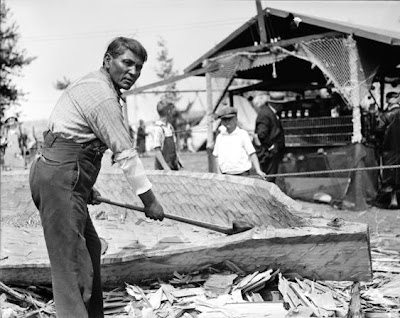 
I thought, “Hey, if I wanted to see tribal artifacts, I could have headed down to the Burke Museum, where they also have a giant triceratops skull.” But if I had done that, I don’t think I would have realized how unique the Quileute are, not necessarily in terms of cultural practices, but in terms of the messages they can reinforce and convey to everyone basking in western society. For one, the Quileute truly love their culture, which is more than a majority of Americans can say. In the accompanying video playing in the exhibit’s main room, Quileute men and women showed off their crafts, spoke of traditions, and even praised Twilight for giving them to opportunity to raise awareness of their tribe. The Quileute kids and teens, none of whom were bronzed or half naked, were genuinely interested in correcting the stereotypes associated with their clan, and preserving the Quileute way of life. I was absolutely intrigued by this, because even though both my parents grew up neck-high in tradition and culture, I don’t know the first thing about what it means to love my heritage. 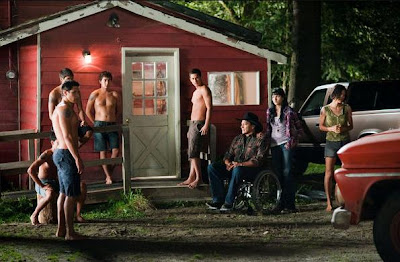 If not for this review, I sadly can’t say I would have given the Quileute culture my time and consideration, which is distressing, since their culture fully deserves the description of “beautiful.” Taking time to soak in the collection refreshingly left me more fascinated than I have been in a long while. And although I have tons more to say about The Real Story of the Quileute Wolves, it’s an exhibit each person should interpret for themselves. With that being said, please enjoy the wolves.

Behind the Scenes: The Real Story of the Quileute Wolves
Seattle Art Museum
Through August 14, 2011
Wednesday–Sunday: 10 am–5 pm
Thursday & Friday: 10 am–9 pm
Monday & Tuesday: closed