Pacific Northwest Ballet Artistic Director (and all around cool dude) Peter Boal has a blog up about the legendary Twyla Tharp, who is at PNB right now, like, as we speak working on two new commissions for their All Tharp season opener, which opens September 25th. Here's a bit:

Twyla was not afraid of jumping up to further articulate a movement. Later in the week, she would leap onto Charlie and clutch like a koala as Charlie maneuvered her around his body like a baton. We tensed as Twyla’s head swung inches from the floor―an introduction to the thrill and potential peril of contact improv. 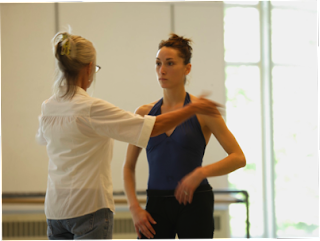 Follow along on Boal's blog and get psyched for what will surely be one of the more exciting dance performances of the year.