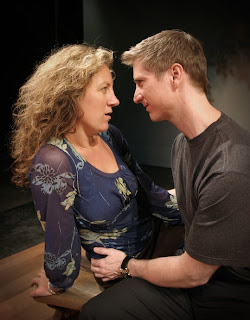 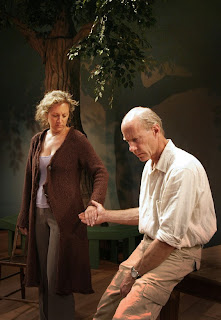 Deep. Political. Philosophical. Nuanced. Although The Vertical Hour is well acted and thought provoking, it is not a very fun play.

All five of The Vertical Hour’s actors deliver their lines with tasteful realism. Their dialogue gives the audience the feeling that it is eavesdropping on the discussions of real people. These conversations are also realistic in the sense that they are peppered with expletives and contained some sexual references.

The Vertical Hour is almost entirely made up of conversations between the five actors. This discourse presents different views on a broad range of political and social themes including love, the American War in Iraq, and American ethnocentrism.

A common thread running through the topics is, “Politics is about the reconciliation of the irreconcilable.” Because this theme is rather complex, understanding The Vertical Hour takes a bit of work. The characters disagree with each other eloquently, articulately, and often. The play forces its audience to do a bit of “reconciling of the irreconcilable” on more than one occasion.

The Vertical Hour contains quite a bit of substance that is not always easily accessible; it is anything but lighthearted entertainment.