Review of The Talent Show at Henry Art Gallery by Chloe L. 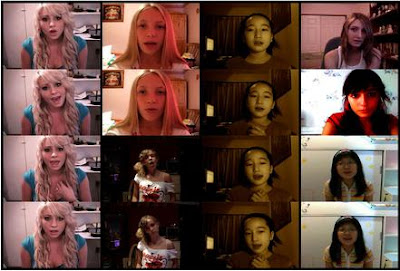 “Unsettling” is how I heard someone describe The Talent Show. Even so, find time to go and look through this thought-provoking exhibit. Walking around the exhibit, people’s lives surround you; an introduction to the private lives of the subjects of the art. Yet, in a time where everyone seems to be putting their lives on the internet, it doesn’t seem out of place. Everyone is choosing to put themselves on display. Screen Test: Robin by Andy Warhol is one of the very raw pieces of art in the exhibit. It is just a simple video of one anonymous girl looking into a camera for four minutes, but it makes people pause to wonder at the way she does it. The thought of just staring into a camera is frightening to many people; there is no set thing for anyone to do, say, be, but this girl looks calm, not afraid to just be herself. 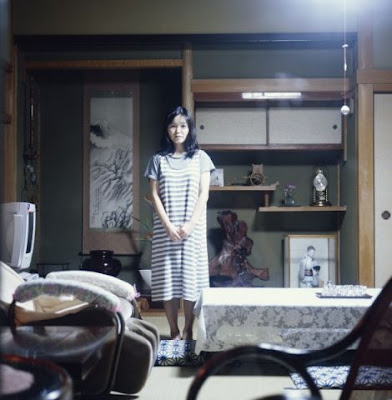 Another striking piece is Stranger (6) by Shizuka Yokomizo. It's a picture of lady standing alone in her living room. She was told that an unknown photographer would be outside her room between certain times and if she wanted her picture taken all she would need to do is turn on her lights and open her blinds. In the picture, this woman looks almost frightened, yet she made the choice to have her picture taken. She wanted to be seen. We all want to be seen. Throughout the art in this exhibit, a repeating theme echoed: the need to be seen, remembered, heard. It might be “unsettling” to realize it, but walking through the room you are forced to think about how little you know of these people who are trying to be seen, and how little you really know of anyone.

The persons staring at you through the pictures, recording their lives in video and writing are all trying to leave a piece of themselves for the world to remember. As you stand on pedestals and walk under spotlights, people still don’t know you. Everyone wants someone to see them, needs someone to see them, but some people are more scared to do it than others. Fear is the only difference between the girl in her screen test and the lady in her living room. While the girl defiantly looks into the camera, the women looks much more scared; yet they both stand there waiting to be looked at. 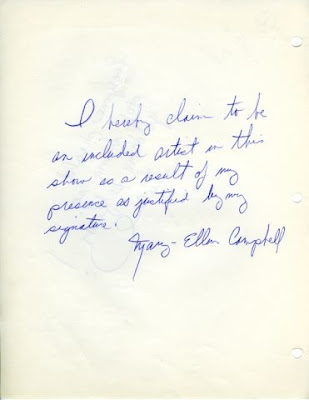 Adrian Piper's Context #7 is pages of a book hanging up on a wall where people are asked to write what they are thinking inside. When I attended, some people said they couldn’t write what they were thinking because someone was looking over their shoulder; while others were brave enough to write love letters in the hopes that they would be read. One person wrote “when you write something you leave a part of yourself.” This person sums it all up; people are writing, singing, creating just to leave a part of them for the rest of us to see.