E.G.O.T. The so-called Showbiz Grand Slam. It stands for Emmy, Grammy, Oscar, Tony, and composer/conductor Marvin Hamlisch is one of only twelve people ever to have won them all (he's also got a couple of Golden Globes and a Pulitzer. Show off.) And Tracy Morgan...well...uh, Tracy Morgan doesn't have any of them, but his character on 30 Rock is obsessed with the E.G.O.T. See: 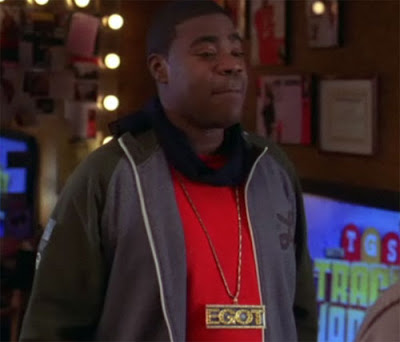 Other EGOTers include composer Richard Rodgers, actor Audrey Hepburn, comedian/host/spokeslady Whoopi Goldberg, and actor/singer/legend Barbra Steisand. So that's a pretty good club to be in.

Wouldn't it be great if you could meet Mr. Hamlisch? Well, today's your lucky day. Seattle Symphony is hosting a Teen Night on Friday, June 4th for their concert The Music Man in 60 Minutes, and the first 50 teens to buy tickets get to go to a special pre-show meet-and-greet with the man himself! Plus, free cupcakes from Wolfgang Puck Catering. Plus PLUS, it's all just $5 for Teen Tix members. We know, we know, we're great. No awards necessary.

More info can be found here.