Review of Have You Ever Had A Beard? at Northwest Film Forum by Jessika G. 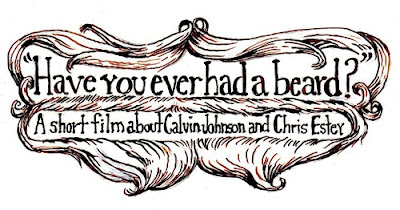 Having a bad day? Deal with it. Estey tells the story of when he was told, “worse things have happened to better people,” after taking his frustrations out on fans of a band because he lost a testicle for unrelated reasons. 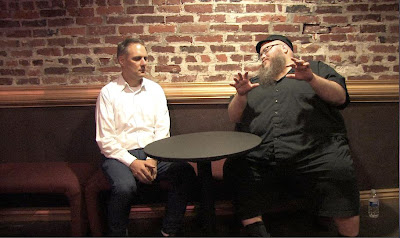 Take a look at yourself and your problems. Compare yourself to society; what are you? Now look at your problem and rank it on a scale of importance. If it doesn’t prohibit you from continuing life or your career, don’t make a big deal about it! At least you weren’t at the height of your career and shot.

Estey then reads to Johnson stories from his past. “Go down with what you love.” Stand up for what you believe in, and don’t let the man shoot you down. Everyone has problems, but there is never a good enough reason to end your life or give up. If you find yourself questioning your predicament, just ask, “Have I ever had a beard?” You may find the answer to be, “Yes, in fact, I have,” though physically you may have not.

Have You Ever Had a Beard?
ONE NIGHT ONLY: Tonight! Monday, March 5 at 7:00 PM
Screens with:
All Ages Music and Arts:
What happens when thousands of music lovers in a musician’s Mecca can’t go to shows? Seattle and Olympia recount the birth of their famous all-ages scenes. Featuring The Vera Project and The Olympia All Ages Project, with music from Meowtain, Tender Forever, The Hive Dwellers, Knowmads, Lemolo and Twin Sister.