Review of Mississippi I Am at the Seattle Lesbian & Gay Film Festival by Jessika G. 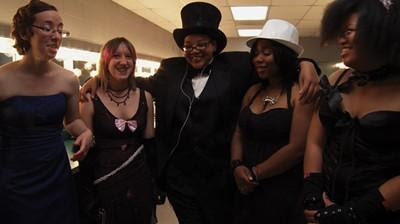 Have you ever felt like you had to keep a secret or your entire state would turn their back on you? In Mississippi I Am, Lance Bass ('N Sync) and several other locals share their experiences of being part of the LGBT community in Mississippi. In this fascinating short documentary, each story eventually led its teller to join the ACLU to build the Mississippi Safe Schools Coalition.

"The Golden rule says we treat people the way you want to be treated, but if you’re different, they kind of turn your back on you." A student, Constance McMillen, came to the ACLU for help because her high school wouldn’t allow same-sex dates to prom. Soon after the ACLU contacted the school, they canceled prom that year. In March of 2010, the ACLU put together a "Second Chance Prom" for any student that has ever felt they could not attend their own high school prom for whatever reason. Lance Bass found out about this and soon there were over 300 students registered to attend and over 100 volunteers. 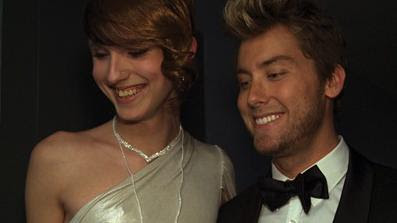 Even if you aren’t lesbian, gay, bisexual, or transgender, these stories will most likely emotionally reach out to you. The Second Chance Prom is just one of the many encouraging things ACLU has done for the LGBT community in Mississippi. Though Mississippi is only one state and these problems exist elsewhere, stories like these shouldn’t be left untold. We live in a new world, and it’s time for a new change. Check out this awesome film at the SLGFF.

Mississippi I Am
screens with A Force of Nature
Tuesday, October 16
7:15 PM
TeenTix $5 at the door
Northwest Film Forum
More info here