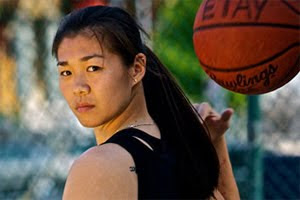 A senior at Harvard, Emily Tay is the only women's backetball player at her school. She's trying to make it in the big leagues and make her immigrant family proud, all while keeping a secret. No Look Pass is a real documentary in which you feel so close to Emily, it brings tears to your eyes.

Living with her best friend, but about to graduate, she faces everything from championship games to fights with her best friend to the crazy college dating life. After getting to know her personally, you start learning slowly about what her life is like. Not only is she a first generation American, but she's also a hard worker who has to train women in another language, in another country, on work ethic and the basics of women's basketball.

This powerful documentary makes you laugh, cry, and everything in between.
The Seattle Lesbian & Gay Film Festival runs through this Sunday, October 21.
Recommended films for this weekend include:

The screening of the short films from the Reel Queer Youth program: MAKE YOUR OWN MONTAGE, PARANOIA, and SPACE IS A LONELY PLACE, followed by a Q&A with filmmakers. The program also includes the eye-opening and inspiring short film POSITIVE YOUTH.
Tomorrow, Saturday 10/20 at 1:00 PM at Pacific Place
More info here