Review of Sarah Michelson | Devotion @ On the Boards by Kaysy O. 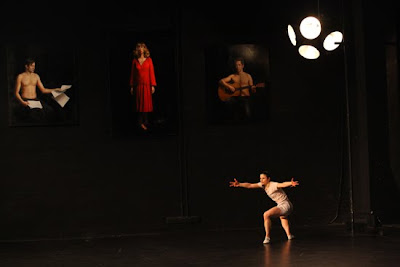 It is often said that true art forces you to think. Devotion, created and choreographed by Sarah Michaelson doesn't force thought as much as it inspires you to think about ideas in a new way. Although the show is Michaelson's vision it uses and is inspired by the text of playwright Richard Maxwell and the music of Philip Glass. The show is labeled "experimental dance" but utilizes several artistic forms as it thoroughly explores the essence of being human.

The show begins with Michaelson's voice reading the text of Maxwell as a lone dancer takes the stage. While it seems unconventional to have a dance choreographed to language rather than music, as soon as Rebecca Warner, who is simply named "Narrator," dove into the routine, a sequence of stark simplicity, fine balance, and artistic athleticism, I knew I was watching something special. Maxwell's rich words are sculpted like poetry. He tells the classical biblical stories of Adam and Eve as well as the Virgin Mary and birth of baby Jesus with a twist. Instead of focusing on Christianity he instead focuses on the characters. They are just discovering what it means to be a human. As Warner tests the capacity of human strength and flexibility, we ponder "What is day? What is night? What is sky? What is sea? All are in a stage of discovery and wonder.” 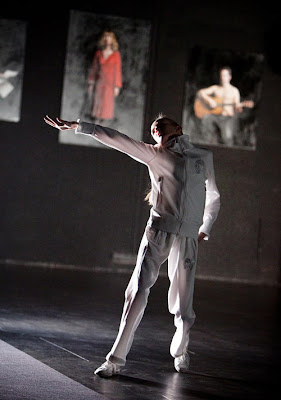 One dancer that particularly shines is 14-year old Non Eleri Griffiths who plays Mary. A tiny figure, at first she seems almost frail but she disproves that quickly. She's a spitfire of energy as she takes the stage for 20 minutes or so of jumping, spinning, and thrusting. Halfway through her routine James Tyson, who plays Jesus, joins her onstage. The contrast of his full muscular body to her delicate build makes their duet breathtaking. Although they almost never touch they work off each other brilliantly as they switch between dancing as completely separate entities to dancing in perfect unison. 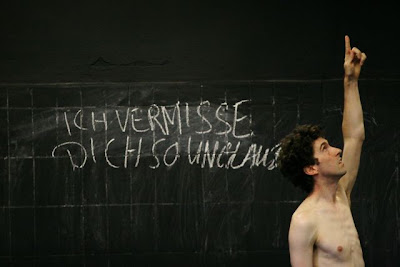 Another memorable routine is that of Adam and Eve played by Jim Fletcher and Eleanor Hullihan. In contrast to Mary and Jesus, this routine involves Eve leaping, falling, and throwing herself into Adam's arms. Hullihan is like a marathon runner sprinting back and forth, jumping, and diving while Fletcher stays as sturdy as a rock, always ready to catch her.

I went into this show not knowing at all what to expect. While there were moments of confusion, including a point where Griffiths switches her shoes onstage only to switch back into the previous pair a couple minutes later, I was amazed at how moved I was by this beautiful performance. Whether you come to see the sheer strength of the dancers, the thoughtful insight of Maxwell's words, or the daring and unique choreography of Michaelson, Devotion will leave you thinking in a new way about old ideas. In the end, I think that's all we can ask of art.

Devotion
On the Boards
ONE WEEKEND ONLY: Closes Sunday, March 13
Note: On the Boards' programming is best suited to mature audiences ages 16 and up.