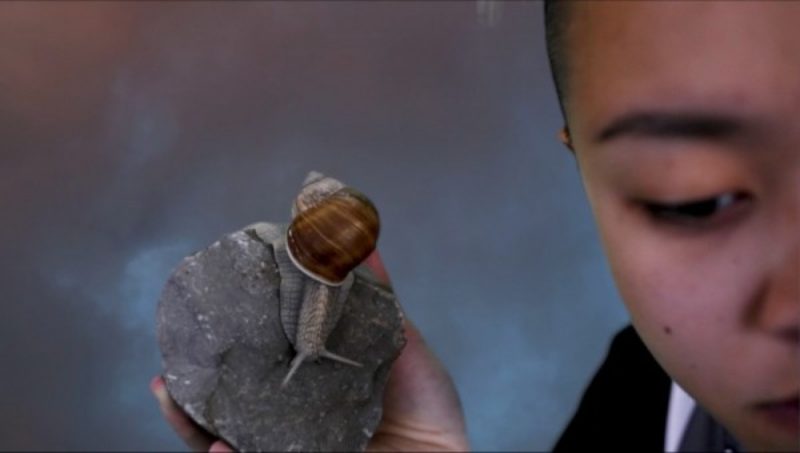 Art has one true purpose, to evoke feeling, to cause a reaction within someone.

The enigmatic art exhibit entitled "Between Bodies" conjures up complex, even contradictory, responses. At times the immersive installations made me feel as if I was both in our recognizable world and beyond it, leading me to reconsider ideas about representation, humanity, and the environment. 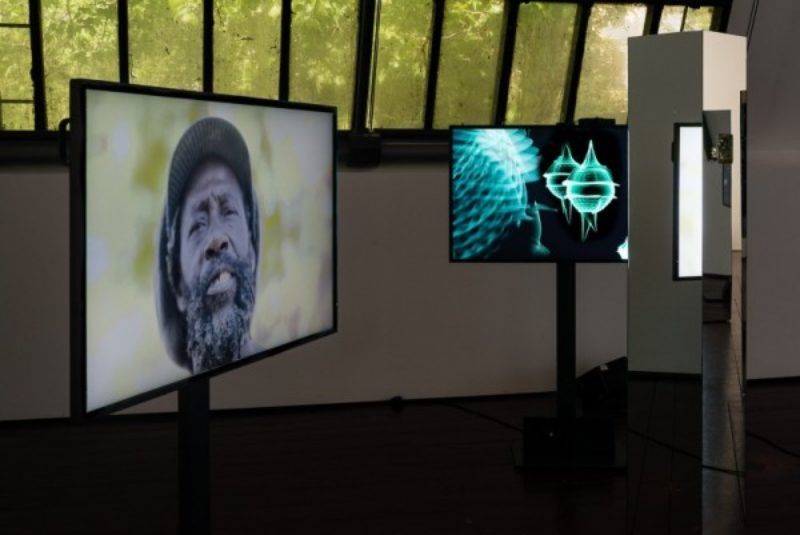 Imagine you’re standing in a dark room with mirrors scattered across it. TV screens hang from the walls and bubbles come across them every couple seconds. On one screen, a fisherman talks about his tradition of fishing. It’s very trippy, like you could be in "The Matrix." This mind-numbing experience is a work of art, “Glistening Troubles” by Susanne M. Winterling, just one part of the exhibition “Between Bodies” at the Henry Art Gallery.

The entirety of the exhibit felt like this. It didn’t seem to fit with other art exhibits. It stood out for its differences, mostly because of its tackling of environmental, social, economic and political issues from a perspective we don’t always see get a voice. Many of the artists use their experiences as members of LGBTQ communities to present these global issues in alternative ways, ways that promote collaboration and unity. It left the viewer thinking long after seeing it, trying to figure it out. 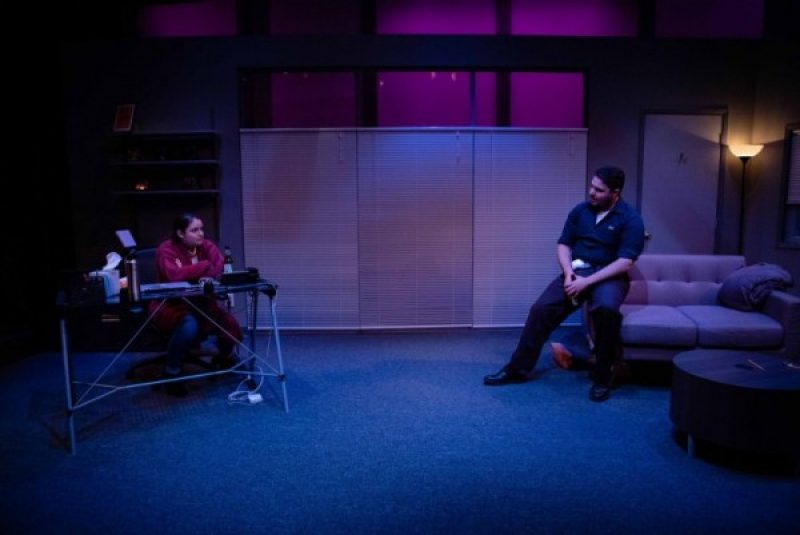 Lucia and Abel don’t meet-cute: she’s a struggling T.V. writer; he’s the janitor for her office building. Their first interaction is when she thanks him for cleaning her room while scrolling through her phone.

Lucia, a compulsive, lonely oversharer in the new city of L.A. quickly spills her life story and problems to Abel. At first Abel, played with gentle firmness by Marco Adiak Voli, is resistant to participate in these conversations. Yet, you can tell from his crinkly-eyed smile that he enjoys her company.

“Oh my god,” I said, turning in my seat. “Oh my god.” Such was my reaction at the end of FADE, a small production by Seattle Public Theater at the Bathhouse Theatre. The show used two actors, and one set. FADE is an unapologetically Latinx play about how people bond and change over time.

Lucia (Pronounced Loo-see-uh, never loo-sha) arrives late at night, and meets after-hours custodian Abel (A-bell, not able). When Abel arrives to clean, Lucia ignores him, that is until she needs help. Yet, Lucia needs more than someone to fix her shelving. She needs someone to whom she can vent to. Lucia tells Abel that the straight, white, cis, male writing staff sees her merely as a token, and her boss sees her as a translator for when he needs to scold his Latina maid. From the beginning she knows she’s on shaky ground. Her writing resume is thin, having only written one novel. She looks down on the show she’s writing for, which from the snippets heard is more like a program from another era. After she softens her spoiled and entitled attitude, she and Abel banter. They discuss who is more Mexican, the correct usage of Hispanic and Latino, and indignities suffered on them by the culturally uninformed and the resentment of being seen as a stereotype—while making plenty of assumptions and generalities about others, and each other.

“I think all women should feel free. Our bodies are vessels: it’s how we move through the world.”

“I think all women should feel free. Our bodies are vessels: it’s how we move through the world.”

"White Rabbit" centers around Sophia, a Korean American queer woman who immigrated to the US when she was seven and lives in Koreatown, Los Angeles. She is a performance artist who often speaks at significant places where Koreans and Korean Americans gather. As someone who lived in Koreantown, I recognized many of the locations where scenes of the movie were filmed such as the Koreatown Plaza, making use of authentic locations.

As a Korean American I was able to understand many of the cultural insights and I felt this special connection to the movie. I really enjoyed it. There were also parts of the movie that were in Korean. For every movie, there’s different levels of understanding and this is one of the reasons why I got to a deeper connection than other films I’ve seen. 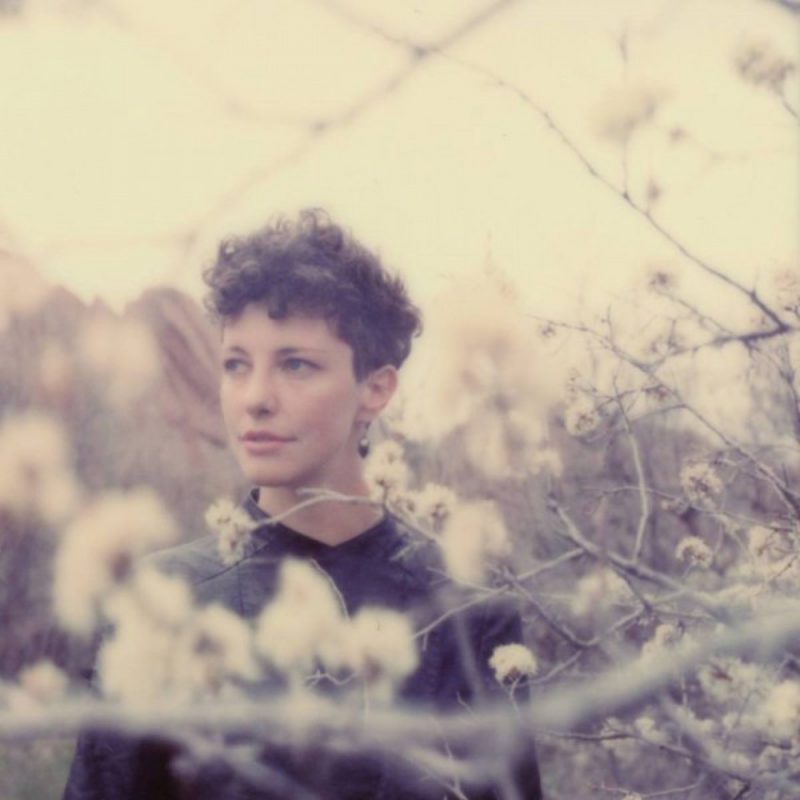 There is a reason teens don’t review grown up music, it makes us sleepy.

The church-like Fremont Abbey was beautiful on Friday, October 12, with its blue and green lighting and soft stained glass windows. Lighting was calming to watch the music. It was peaceful and so quiet. 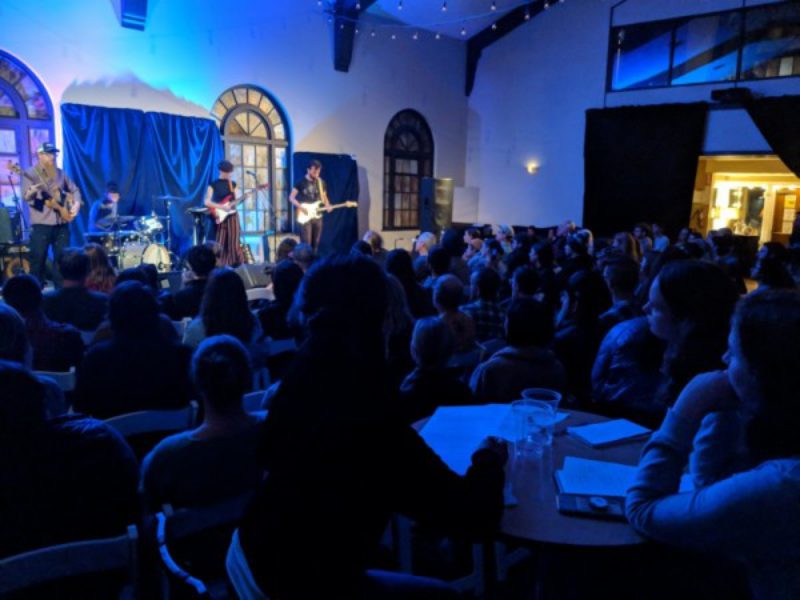 As the flannel-clad audience slowly trickled into the Fremont Abbey Arts Center, it was immediately obvious what kind of show we were in for.

The concert-goers, mainly white couples over thirty who seem to have forgotten that most of us left being “hipster” in 2015, chatted under pretty string lights that zigzagged under the former church’s high ceilings. A lone pair of house speakers played indie rock, folk, and country music that gave further hints to the overall energy of the show to come.

The 2018 Fall Press Corps Intensive was a five-week arts-going and criticism practice workshop that ran from October 10-November 19, 2018. Nine teens saw and wrote reviews of five art events at different TeenTix Arts Partners. The group was mentored by three professional critics who helped each teen hone their arts criticism skills. Stay tuned on the blog for reviews of each event!