Review of Handel's Messiah at Seattle Symphony by Monet C.

Handel’s Messiah premiered on April 13, 1742 as a charitable benefit, raising 400 pounds and freeing 142 men from debtor’s prison. A year later, Handel staged it in London. Controversy emanating from the Church of England continued to plague Handel, yet the King of England attended the performance and, as the first notes of the triumphant Hallelujah Chorus rang out, the king rose. Following the royal protocol, the entire audience stood too, initiating a tradition that has lasted more than two centuries, up to today. 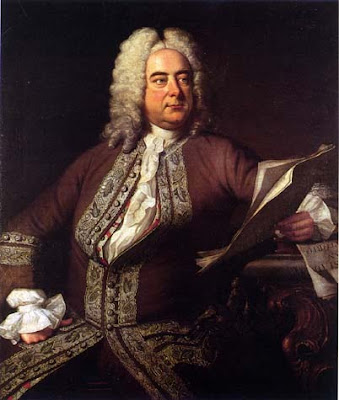 The composer’s own assessment more than any other, may best capture his personal aspirations for his well-loved work. Following the first London performance of Messiah, Lord Kinnoul congratulated Handel on the excellent “Entertainment.” Handel replied, “My lord, I should be sorry that I only entertained them. I wish to make them better.”

My assessment of the Messiah was that of awe, although, the “hallelujah chorus” to me, was a little off. I could not hear much harmony, and also, the baritones and basses tended to be about ten times louder than the altos and sopranos.

There were four guest artists doing the solos; Sasha Cooke (alto), Lisa saffer (soprano), John McVeigh (tenor), and Charles Stephens (bass). I had the privilege of going backstage and talking to Sasha.

Monet: what does the Messiah mean to you?

Sasha: The Messiah captures the essence of music, and gratefulness.

Monet: what are your favorite parts of the Messiah?

Sasha: “Oh, the pifa (pastoral symphony) and that part that says ‘the trumpets shall sound!’ it’s beautiful!”

M: what is your hardest part?

M: are you a native Seattlite?

S: No, I grew up in Texas, but I would love to live here!

M: what is your advice for budding artists?

S: Follow your heart, and listen to your instinct!

In case you were wondering, Messiah is the transliteration of a Hebrew term, Mashiach. The New Testament (Greek) equivalent is Christos. Both terms mean "the anointed one." The verb mashach, found about 140 times in the Old Testament, means "to smear, anoint, or spread."