New blog feature! On the fifteenth(ish) of every month, we will publish a look ahead at the arts events that we're most psyched about for the upcoming month. Know of something coming up at one of our participating organizations that you think should be in the datebook? Let us know! 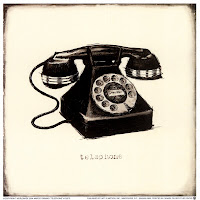 The Telephone Project by Stray at Henry Art Gallery

It started with a poem. One artist interpreted it into an artwork. The next artist took that artwork and made it into a poem. The next artist turned that poem into an artwork, which the next turned into a poem. And they did it over and over again until all 25 artists (UW student members of the poetry collective, Stray) had made a poem or an artwork. Come see their work and hear them talk (or maybe whisper into the ear of the person sitting next to you) about what they did.
Thursday, January 14th 7:00 - 8:45 FREE henryart.org 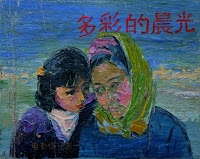 If "Asian art" makes you think only of delicate calligraphy and Ming Dynasty porcelain, it's time you checked out some modern Asian art. "...this enterprising group of artists is linked by more than their possession of an Asian surname and a passport. Each is engaged in a dialogue with tradition, whether by emphasizing their Asian nationality or heritage, or by questioning or even denying that very reflex." - Josh Yiu
December 12th 2009 - November 28th, 2010 at Seattle Asian Art Museum seattleartmuseum.org

Once in a blue moon, a "teen" play comes along that manages to reflect the lives of actual teens. Whether it's 'cause it's not afraid to tackle sticky issues like politics, homosexuality, and teen pregnancy, or because the playwright, Stephen Karam, was a teenager himself not so very long ago, Speech & Debate rings true. It also features a cast of young up-and-comers, and some deeply awkward dance numbers involving full-body leotards. Get there. January 15th - February 21st, 2010 seattlerep.org 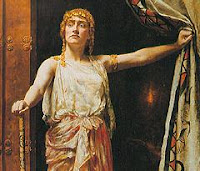 Whim W'Him: Three Seasons at On the Boards

A company is born: Three Seasons is the premiere work by Whim W'Him, the new dance company created by longtime PNB Principal Dancer Olivier Wevers. People are excited, partially because the show, "a radical take on our disposable world" inspired by Vivaldi's Four Seasons, looks awesome and partially because these dancers are, let's just say it, undeniably crush-worthy. January 15 - 17 ontheboards.org 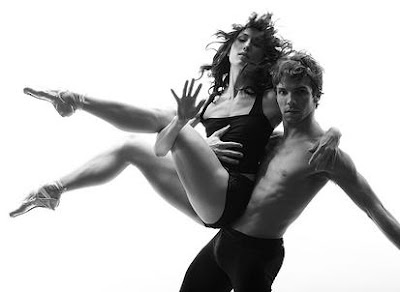 You can't blame classical guitar. It has to work so hard to be taken seriously, what with a world full of wannabe guitar heroes flailing about in their garages to contend with. So most classical guitarists draw a thick line and stay firmly on the acoustic side of it, a line that says "we belong over here, with the cellos and harps," and leaves the Slashes to their electronic thrashing. But not Michael Nicollela. A bonafide virtuoso, Nicollela's repertoire includes Bach, Hendrix, and everything in between performed on acoustic and (gasp!) electric guitars. Frets magazine calls his most recent album, Shard, “an exciting textbook on how to honor the classical tradition and kick it in the a** at the same time.” Guitar geeks, meet your new hero. Saturday, January 30th, 8 pm, cornish.edu 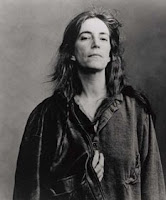 She's the "godmother of punk," Robert Mapplethorpe's original muse, and "one of the most influential figures in rock and roll." More than just a musician or a poet, she is, (according to the New York Times) "the shamanistic poet, proto-punk-rocker and voice in the wilderness…” From her new book, Just Kids, "I longed to enter the fraternity of the artist: the hunger, their manner of dress, their process and prayers. I’d brag that I was going to be an artist’s mistress one day. Nothing seemed more romantic to my young mind. I imagined myself as Frida to Diego, both muse and maker." See her, hear her, stand at her feet and worship. Monday, January 25th, 2010, 7:30 pm, Benaroya Hall, lectures.org

Kostya is the bass player in a local rock band. Stepan is his earnest, geeky friend. They share the usual excruciating post adolescent rites of passage, only theirs are thrown against the backdrop of the fall of the Russian empire, seen by filmmaker Karen Shakhnazarov as an inevitable consequence of the younger generation’s natural impulse to reject the past for the seductive power of popular culture that can seep through even the most rigidly patrolled borders. Did the Soviet Union collapse because the kids wanted coke and MTV, or because all teenagers everywhere long for the unknown? January 2 - 7, 2010 nwfilmforum.org 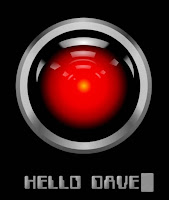 Sci-Fi on Blu-Ray at SIFF Cinema

Okay, this is very simple: Planet of the Apes, 12 Monkeys, The Man Who Fell to Earth, Logan's Run, and 2001: A Space Odyssey, all in superior high definition audio and visual, all on the big screen, all in one weekend. If you need convincing about how awesome this is, you're not invited. The rest of you, see you January 28 - 31 siff.net