Review of Kurt at Seattle Art Museum by Ehrik A.

The Seattle Art Museum’s Kurt inducts Nirvana frontman into the celebrity club of monomial stardom, where he ironically joins the likes of Madonna, Cher, Prince, Twiggy, and Tupac. I prepared myself for the art exhibit honoring Kurt Cobain by revisiting some Nirvana tunes before embarking on my journey. Headphones in. Press play. Brace for impact. Walking into the SAM exhibit was much of the same experience. Not knowing exactly what to expect, I plunged in headfirst only anticipating shock. 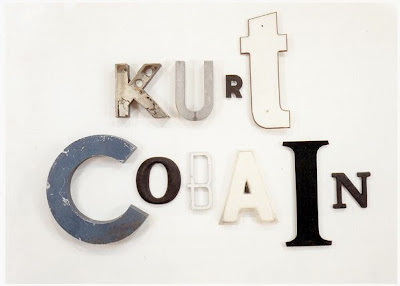 Kurt is a balance—it is neither a graveside tribute laden with fans’ idolatry of their fallen hero, nor is it a case study that dissects the influence the musician had on a generation. It does a good job maintaining a little of both and then some. The exhibit consists of five galleries containing 80 art pieces that range from photography, paintings, graphite drawings, film manipulation, dance, and sculpture. The art is as thorough as it is diverse and will leave you revisiting your favorites throughout the exhibit.

The first gallery contains a mystical calling of the spirit. In Standing Wave Séance, artists Hadley+Maxwell construct a 12-sided room resembling a fledging band’s basement studio. It is equipped with Kurt’s red Marshall stack, a carpet and duct-tape patchwork floor, and a single flickering light bulb that hovers above a solitary microphone in the center of the room. Speak into the microphone and guitar feedback, roaring fans, and the faint but imitable voice of Kurt himself bounces off the walls (soundproofed on the outside) as if only for a moment his spirit passed through the room. 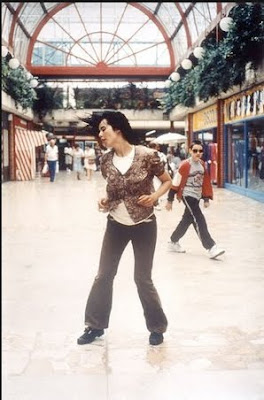 The next gallery feels appropriately less personal, displaying the outsider’s portrait of Cobain’s life. Kurt the celebrity is portrayed through various magazine clippings and paintings centered around the idol. Friedrich Kunath’s 6’x6’ painting recreating a notebook filled with Kurt’s pencil sketches depicts Kurt the Artist. And Gillian Wearing’s silent video of herself dancing to “Smells Like Teen Spirit” and subsequently Gloria Gaynor’s “I Will Survive” breathes elements of Kurt the musician.
The final gallery is a memorial. A slideshow of Aberdeen by Rodney Graham depicts the place of Kurt’s birth, and painter Jordan Kantor’s Greenhouse recreates forensic photos of the place of Kurt’s death. In the middle of it all lies the exhibit’s Mona Lisa. Scott Fife creates a cardboard bust held together by screws and glue that perfectly resembles the rock star’s blank stare out into the open space, calling you to stare back. 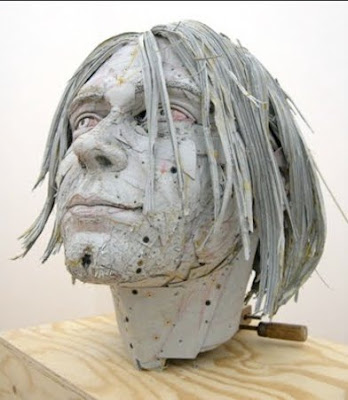 In the end, Kurt is difficult. It brings together the sadness of Kurt’s death, the influence his life left on a culture, and the violent glamour that made both possible. But if not for the man, come for the art.