On the fifteenth(ish) of every month, we publish a look ahead at the arts events that we're most psyched about for the upcoming month. Know of something coming up at one of our participating organizations that you think should be in the datebook? Let us know! 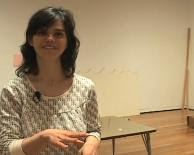 German-born Seattle-based artist Heide Hinrichs makes art out of stuff--everyday stuff, like dead soccer balls and string. In so doing, she makes the stuff transcend its ordinariness. She makes the stuff turn itself inside out and whisper its stories. "Stagger out into the light after losing everything and there are her sculptures on the floor, the flayed skin of soccer balls hung up on a wire or deflated inner tubes curled as if smoked in a fire." - Regina Hackett
Through June 13th, 2010 at Seattle Art Museum seattleartmuseum.org

Did you know that in addition to being a member of the seminal rock group Crosby, Stills & Nash, rocker Graham Nash is also a well-known photographer, collector, and pioneer in digital imaging and printing? True story! Nash has trained his curatorial eye on some of the best- and least-known images from the history of rock 'n' roll for EMP's exhibit, and the exhibit also includes a Nash-narrated audio tour. Rock.
Opens February 6th, 2010 at EMPSFM empsfm.org 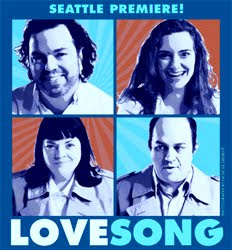 From a review of the Melbourne production "Love Song is hardly profound, and it manipulates your emotions in much the same way as a good pop song. But there's nothing wrong with that, when it's as well achieved as it is here: it doesn't insult your intelligence, and can even touch the edge of something true." A funny, deftly written play that aims (in the playwright's words) for your "squashy middle" but still manages to make you feel smart? Yes, please. Recommended for people ages 15 and up.
January 27 - February 21 at ArtsWest artswest.org

Break a Heart @ On the Boards 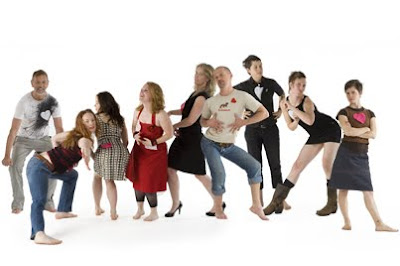 Valentine's Day can really suck, and no one understands that better than dancers...because...they're so romantical...aaaand...they fall in and out of love...a lot. Okay, we're perpetuating a stereotype (because it's TRUE) but here's what: this show, a love-themed cabaret, includes work by, like, a gajillion wonderful local choreographers and dancers. They know from dancin' and they know from heartbreak. Take the one you (think you might kinda) love. Best. Valentine's date. Ever. On the Boards' programming is best suited to mature audiences ages 16 and up.
February 11 - 14 at On the Boards ontheboards.org

Okay, we're no great fans of concept for concept's sake and this show, a recital of new works for solo piano inspired by the solar system, seems pretty concepty. However, sometimes a good concept provides just the kind of restriction artists need to make their work better, and just the kind of road map an audience needs to find their way in. We think that may be the case here, where celebrated Canadian pianist Iwaasa plays her way through the cosmos. If you've been curious about classical music but wondered how, without lyrics or dance-beats, to get into it, this could be for you.
February 6th at the PONCHO Performance Hall at Cornish College of the Arts cornish.edu

When it comes to classical music, Russia's got game. Even if you know zero about music, we bet you can name at least one Russian composer. Why? Because there are a zillion of them and they are all awesome. Hello? Shostakovich much? Rachmaninov? Did you like Peter and the Wolf when you were little? Thank you, Mr. Prokofiev. And, what's that? Did somebody say Tchaikovsky? Okay, so, it should come as no surprise that the Russian National Orchestra is, like, fully off the chain. London's Evening Standard said "They played with such captivating beauty that the audience let out an involuntary sigh of pleasure at the end." and Gramophone magazine asks "Should human beings be able to play like this?"
February 17th at Seattle Symphony seattlesymphony.org 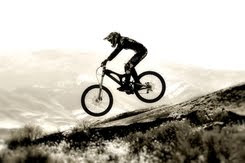 This is a documentary about the heretofore overlooked ladies of dirt-biking (being newly educated in the world of lady dirt-biking, we would like to immediately register our distaste for the term "dirt bunnies" which we will defintely NOT be using ever. Again.) Anyway, women who downhill race, dirt jump, and freeride are clearly the coolest, and though we prefer to glide gently along clean, flat biking surfaces, we are super excited about living vicariously for a couple of hours through some brave chicks who like a little more mud in their diets.
February 5 - 11 (note: Feb 5th is this films' national opening and will likely sell out) at Northwest Film Forum nwfilmforum.org 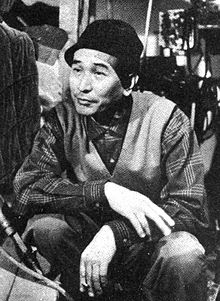 You already love Akira Kurosawa. You do. "But I've never heard of him" you say. That may be, but you've heard of Quentin Tarantino, right? Spike Lee? John Woo, Martin Scorcese, George Lucas? Or perhaps you've heard of a little-known filmmaker by the name of Stephen Speilberg? All of these legends of the cinema have drawn inspiration from Japanese master Akira Kurosawa, who Fellini called "the greatest living example of what an author of the cinema should be." If you like movies at all get yourself to SIFF Cinema in February when they are showing five of his films, The Bad Sleep Well, The Hidden Fortress, High and Low, The Seven Samurai, and Stray Dog.
February 5 - 15 at SIFF Cinema siff.net