Review of We Are Legion at Seattle International Film Festival by Callan C. 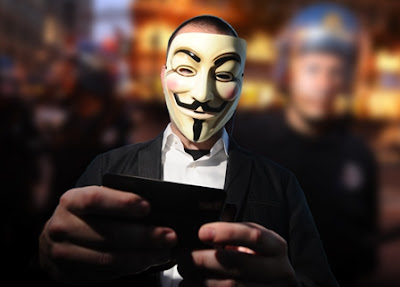 “We are Anonymous. We are legion. We do not forgive. We do not forget. Expect us.” These chilling words are echoed in Brian Knappenberger’s documentary We Are Legion: The Story of the Hacktivists as a warning to those who dare challenge the community of hackers known as Anonymous. Although the slogan may give the impression that Anonymous is a dangerous, radical group (which is not entirely undeserved), the film itself is not dominated by such doom and gloom. Instead, it attempts to reveal some of the people that hope to take Anonymous from being a bunch of merry pranksters to something with a larger goal. 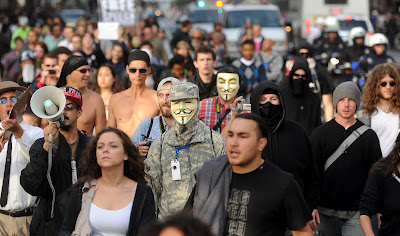 We Are Legion gives a fairly clear overview of Anonymous’ origins and history, from its early involvement with internet pranks and viruses (e.g. Rickrolling) to more recent activism supporting the Egyptian revolution and WikiLeaks. Filmmaker Brian Knappenberger also scratches the surface of the legal consequences of so-called "hacktivism," raising questions about whether Anonymous’ strategies are legitimate forms of protest and if the current punishments for such internet attacks are fair. One young hacker who is being taken to court for a “denial of service” attack on Paypal pointed out how she faces an average prison sentence of fifteen years, while the average for a pedophile is only eleven. 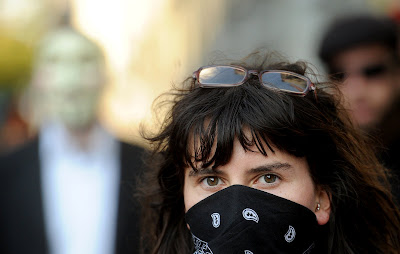 While the variety of topics and information that the film covers keeps it moving along at an appropriately brisk pace, it seems at times that Knappenberger has attempted to do too much; for those who are not knowledgeable about hacker culture, there are many references left unexplained. We Are Legion is clearly geared towards the young, tech-savvy crowd, but is not ideal for pre-teens and under due to plenty of expletives and a few crude images. The lack of a narrator adds to the slightly chaotic, all-over-the-place feel of the film (perhaps an intentional choice meant to mimic the loose structure of Anonymous itself); instead, the film is comprised of interviews, which are well-edited to keep the audience from losing focus. The interviewees, many of whom are current or former members of Anonymous, give never-before-heard accounts of their activity; all are fascinating, though I was left wondering if some opinions had been left out. Anonymous is notoriously large, unstructured group with sometimes conflicting ideologies, and it seems impossible that all were represented.

Despite occasional moments of confusion, We Are Legion is an undoubtedly important, educational documentary. Technology is consuming our everyday lives; many of us are on the internet for hours a day, often for trivial reasons. Anonymous is out to prove that the internet can be used as a tool for activism, and We Are Legion is spreading the word. As one hacker put it, “Your opinion matters.”
We Are Legion: The Story of the Hacktivists
Friday, June 1 | 9 PM | SIFF Cinema Uptown
Sunday, June 3 | 1:30 PM | Egyptian Theatre
Wednesday, June 6 | 8:30 PM | Kirkland Performance Center
$5 day-fo-screening with your Teen Tix pass
NOTE: contains course language and imagery