Review of Seattle Pops: A Tribute to Stephen Sondheim by Jenny S.

A popular TV show with a cast of talented, attractive actors (no, I am not referring to Jersey Shore,) recently aired an episode in which its protagonist, the dashing Tracy Jordan, becomes determined to conquer his natural lack of talent and grace and achieve what Wikipedia calls “The Showbiz Award Grand Slam”-an EGOT. Standing for Emmy, Grammy, Oscar, and Tony, Tracy aspires to garner these prestigious awards, but in the end settles on slinging a six-figures worth of bling around his neck, reading ‘EGOT’ in large, diamante letters. Streisand, he is not. History teachers roll in their…rolling chairs at their desks as I type this, but referring once again to Wikipedia, I find that only twelve people in history have ever EGOT-ed. One of them is Marvin Hamlisch. Hamlisch is best known for his dynamite score of A Chorus Line, he is a child prodigy, and he is the only person besides Richard Rogers not only to EGOT, but also to win a Pulitzer Prize. Tracy Jordan, eat your heart out.

Tracy Morgan and the EGOT bling

Hamlisch is entering into his second season as the Principle Pops Conductor of the Seattle Symphony, and two months ago he graced Benaroya Hall with a tribute to Stephen Sondheim. When two geniuses of Sondheim and Hamlisch’s ilk combine, mate with Benaroya, and mix in some of Seattle’s purest professionals, one expects two hours of bliss. Alas, one receives stumbles, technical mishaps, and the unsettling feeling that something is amiss. Hamlisch is double cast as a conductor and emcee, as the latter he is often wrong footed and clunky, but he nevertheless manages to charm the cheerful audience, made up largely of cosmopolitan Seattleites dressed to the nines in gortex and NorthFace. Regardless of his bumbling, he conducts the ever-poised Seattle Symphony in impressive renditions of much of the Sondheim cannon, including wringing and haunting renditions, respectively, of orchestral pieces from A Funny Thing Happened on the Way to the Forum and Sweeney Todd. The vocalists seemed as a rule unprepared, under rehearsed, and less than warmed up. This grim outlook was happily disproved-after an awkward beginning all of the singers revealed themselves to be equal to their Broadway pedigrees. Carol Swarbrick twinkles, growls, and eventually wrings tears from the audience in her superb reckoning of a Sondheim standard “Send in the Clowns.” She and her fellow Broadway babies Liz Callaway and Patti Cohenour endear themselves to the audience not only with their startling sopranos but also their ability to wear scandalously slit evening dresses with style that would make women half their age wring up Jenny Craig. These are battle worn professionals with a talent level as high as the slits in their gowns.

These ladies are impressive, but the true star of the evening is Mr. Sondheim. While we’re counting awards, the man has won nine Tony awards, an Oscar, a handful of Grammys, and a Pulitzer. Not quite up to Tracy Jordan’s standards, but impressive nonetheless. This year marks Sondheim’s turn as an octogenarian, a shocking admission when the artist’s relevance and steady success is acknowledged. This year heralded the revival of Sondheim’s A Little Night Music on Broadway, Sondheim on Sondheim, a celebration of the legend’s life, debuting on Broadway under the direction of James Lapine, and many tributes in the style of Hamlisch. Broadway devotees tend to favor Sondheim as a genius, however, many find Sondheim’s work difficult, eerie, bizarre, and absurd. On one harrowing car trip I forced my family through two hours of Into the Woods. Musical theater connoisseur that I longed to become, I knew Sondheim music was as good for the artist’s soul as it was repulsive to my ears, and I forced it down like spinach. When the cacophony of set pieces killing half of the characters in the show rent our ears, my parents made the executive decision to go back to Webber. It wasn’t until the teenage angst years that I realized that Sondheim’s music is not spinach, it’s dark chocolate, a day at a museum, listening to NPR. Sondheim is so good he’s bad, often annoying yet simultaneously deep. Anyone can turn on the radio and listen to songs sung by someone who spell his name with a dollar signs in it, it is music by the likes of Sondheim that is an investment, an exercise of the mind and soul. 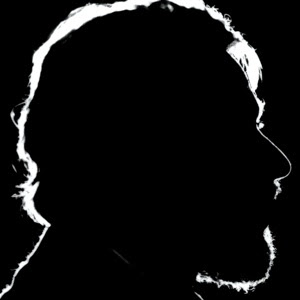 Sondheim: what would we do without him?

As Hamlisch’s review drew to a close, I looked for the eleven o’clock spot, the traditional end of evening show-stopper, but I couldn’t locate one. All of Sondheim’s pieces are so perfect-complex in theme, witty, verbose, elegant, and slammed with musical integrity. From one of the first songs in the evening, the shockingly relevant “Being Alive” from Company, to the final dazzler, “Move On” from Sunday in the Park with George, Hamlisch concocted an orgy of music, a look at all that is sophisticated, intellectual, and happily frenetic in musical theater. For the generous five dollars I paid for my Teen Tix ticket it would have been nice for Benaroya to spend time fixing spotlight and microphone problems rather than projecting psychedelic, whirling lights on the wall because, who knows-the man next to me in the poncho and Keens sandals might have paid more than five bucks. But oh, Sondheim! As Bobby’s adoring friends said to him in Company “How would we ever get through? What would we do without you?” Broadway, Benaroya, and the musical community of Seattle have spoken--without Stephen Sondheim, we could not do.