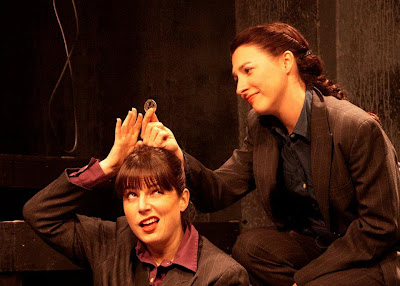 In the little-known olde tyme play Hamlet, after all of the important characters have already died, an ambassador from England enters to announce that "Rosencrantz and Guildenstern," a couple of messengers who nobody cares about anyway, "are dead."

Enter the genius of Tom Stoppard, who took these two nobodies and gave them a whole play. A hilarious, brilliant play. My drama geek friends and I were obsessed with it in high school, and you and your drama geek friends should be, too. One drama geek to another, just trust me, okay? Go.

Oh, and, P.S., Seattle Public Theater has recast the two rubes as ladies, played by the beautiful and talented Angela DiMarco and Alyssa Keene. Yay!

Preview Thursday, January 26
Opens Friday, January 27
Runs through February 19
$5.00 Teen Tix day-of-show for each performance until sold out.
Availability of Teen Tix tickets is not guaranteed. We recommend calling ahead: 206-524-1300