What is NFFTY? NFFTY is the largest and most influential film festival for young filmmakers (age 22 and under). NFFTY occurs each spring in Seattle, Washington and includes up to 200 film screenings, filmmaking panels, film contests, parties, and opportunities for young filmmakers to network with industry professionals and each other. Young filmmakers from around the world submit feature-length and short films in narrative, documentary, animation, music video, experimental, and action sport categories. More than 10,000 film fans are expected at NFFTY 2011, April 28-May 1.

To help you sort through the myriad offerings, here's NFFTY's MUST List for the 2011 festival: 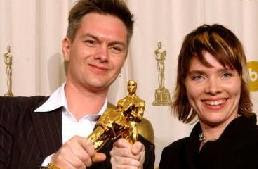 Panels packed with a Hollywood punch!
This year's panels feature bright stars and bright minds such as Dana Brunetti (The Social Network), Valerie Van Galder (The Da Vinci Code, Pineapple Express), Hayden Black (Goodnight Burbank) and Oscar award-winner Martin Strange-Hansen (This Charming Man). These industry pros will discuss the latest in new media and distribution as well as how to put your own spin on storytelling.
Sharing Your Vision in the Digital Age: Fri., 4/30, 11:30am
Storytelling My Way: Fri., 4/30, 2pm 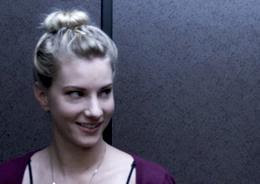 Friday Night & Centerpiece Shorts
The films in these two screenings present some of the best youth-made films, or what many would argue are some of the world’s best short films, period. From comedy to drama, these films touch on everything from death and revenge to the joys of first love and recollections of the past. Heather Morris, Brittany from Glee, makes her directorial debut in the World Premiere of The Elevator. Stephen Baldwin makes a cameo in the coming of age drama The Perfect Hurl.
Friday Night Shorts: Fri., 4/30, 7pm
Centerpiece Shorts: Sat., 4/30, 7pm 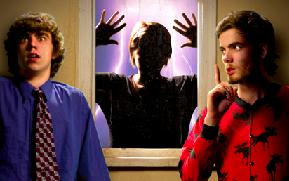 Late Night Comedy and Horror screenings (ages 13+)
NFFTY is not a children’s film festival as many films deal with mature subject matter. NFFTY’s two late night screenings of suspense thrillers are sure to accelerate adrenaline. Late Night Comedy sponsored by Comedy Central’s Atom.com is full of laugh-out-loud innuendos and below-the-belt taboo. These programs not recommended for those under 13.
Late Night Comedy: Fri., 4/29, 9pm
Late Night Adrenaline: Fri., 4/29, 11pm
On the Edge of Your Seat: Sat., 4/30, 11pm 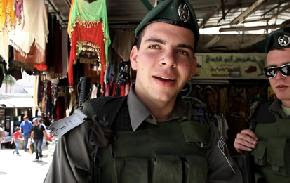 Documentaries
The only thing more compelling then a great story is when it comes from real life. The NFFTY documentary screening follows a young boy using music to heal others while he battles cancer, the tale of a young girl’s decision to not eat meat, an inside view of roller derby, and a behind the scenes look at the everyday issues facing Israeli and Palestinian youth.
Through My Eyes: Sat., 4/30, 12pm
Real Life Documentaries: Sun., 5/1, 11am 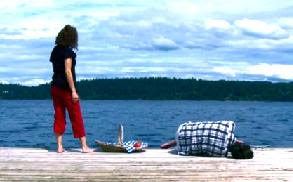