"Awesome"'s West @ On the Boards

Nobody can really explain what West is. It's theatre, but it's not a play. It's music, but it's not a concert. They say things like "song cycle" and "spectacle" and "performance...art?" Whatever. Our guess is that, five minutes in, you'll be so visually and aurally stimulated that you'll stop caring what it is and just go with it. 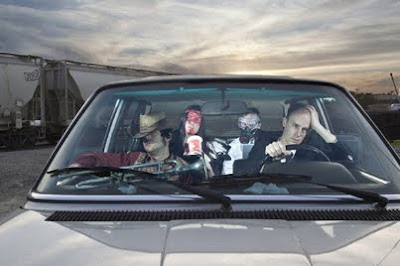 "If you've never seen "Awesome", these are some crazy talented musicians who aren't making your standard music-theatre fare" - Jeremy Barker, The Sunbreak

"What I like so much about this concept is that when you are starting out, whether you're a pioneer or a college student, you're coming out to the West with this idea of what it's going to be like when you get there. And that's what has taken over as a general concept of 'West,' this ideal form of what you're going to. And then when you get there it's never exactly like that." - John Osebold of "Awesome" 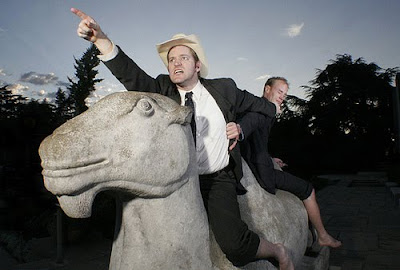 "Awesome" is the kind of band that makes you glad to be alive. They make music with their voices and banjos and trumpets and guitars and theramins and accordions and drums that transcends the sum of its parts. They take you places. This time, they'd like to take you west, toward the horizon, toward, as Brendan Kiley put it in this week's Stranger Suggests "an ideal destination that does not exist." It's a show about being restless, about wanting to break free and strike out on your own, and what you might find when you get to wherever you're going - if you ever do. In short, it's a show about being a teenager. (See how I did that? That's why they pay me the big bucks.)

"Their impressionistic spectacles...have pushed against the boundaries of musical theater and are practically their own genre." - David Schmader, the Stranger 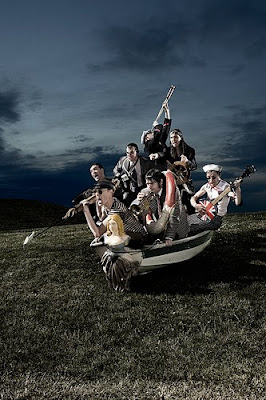 P.S. The "Awesome" boys are our Crushes-of-the-Month. We've got an avalanche of interviews, photos, and videos delineating their extreme crush-worthiness here. Enjoy.