To an audience of elderly Jews raised in New York, Brooklyn Boy would be a hilarious play. To Jewish teens like me, it’s less funny. To everyone else, it falls short of entertaining. 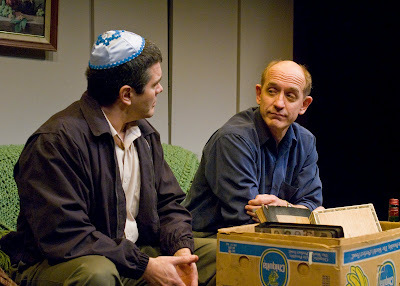 Written by Pulitzer Prize-winning playwright Donald Margulies, Brooklyn Boy is the story of a successful middle-aged author who must return to the Jewish community in Brooklyn where he was raised to visit his ailing father. There, he is confronted by demons old and new: the failure of his marriage, the disapproval of his parents, and the constant reminder of a childhood he thought he had escaped.

Brooklyn Boy fails to reach larger demographics than the one to which it is catered. Certain themes, such as Eric Weiss’ (Jeff Berryman) struggle to bridge the generation gap between himself and his father or Alison’s (Jesse Notehelfer) naïve attempt at seduction, ring truer than most others in the play. The Yiddish glossary in the program and my own knowledge of Jewish culture and experience with three Jewish grandparents allowed me to at least understand, and occasionally enjoy, many of the jokes and conflicts within the play. However, most Seattle teens would have trouble connecting with the subtleties of Jewish guilt, humor, and expectations. Older viewers might identify more clearly with Eric’s struggle to hold together a failed marriage, though Lisa Perreti’s performance as dissatisfied wife Nina was not wholly believable. 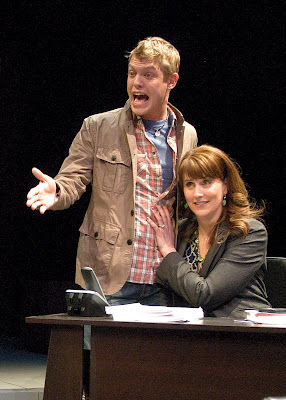 For me, Nicholas Beach was the highlight of the show. His portrayal of boisterous teen idol actor Tyler Shaw showcased both comic and dramatic acting ability. “I always find my characters through my hair. Always,” explains Tyler. Whether or not this is true for Beach as well remains to be seen, but his performance was convincing enough that his character acting methods are irrelevant. Clearly, his methods work.

Taproot Theatre’s stage blurs the fourth wall by blending into the audience. Unfortunately, the intimacy of the theatre may not be enough to keep younger audience members invested and involved. Still, a more seasoned portion of Seattle’s population will find characters to connect to.