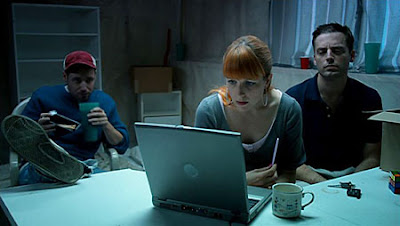 With spelling mistakes like “presnets” and “flimed bye” in the opening of Four Boxes, an inattentive watcher would assume that the movie was made unprofessionally by people who didn’t care. But, if you are willing to look for deeper connections, you will notice how these mistakes represent the purpose of the film. Embarrassedly I admit that as someone whose life centers around technology, I was oblivious to these mistakes, which are so commonly seen on my Facebook page. These misspellings are not a mistake. They are meant to show how stupid we have become with smart technology. Like the misspellings, the movie requires a higher level of thought than most blockbusters. The three characters Trevor, Amber, and Rob talk in a slang that is comical for their age, using “yo” often and saying things like “It’s a BD, big deal.” In their early thirties, they act like naïve teenagers. Instead of finding their attitudes easier to relate to, I thought their behavior was annoying and insensitive.

The trio becomes obsessed with a website, fourboxes.tv, which shows footage from surveillance cameras set up in a man, Havoc’s, house. Havoc is bizarre and creepy. He appears to be creating bombs for some sort of Middle Eastern terrorist. Throughout the movie, the characters struggle to decide whether they should do something to stop him. It is a reflection of how technology has affected modern day morals. 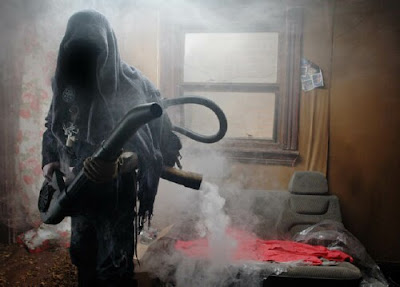 Watching Four Boxes is an experience. You find yourself asking “did they mean something by that, is that on purpose, what?” At some points in the movie I had trouble catching some of the important details; my brain had to work hard to keep up. Other times, the scenes, though purposefully, were drawn out and awkward. Neither of these aspects is bad, but I don’t suggest watching this movie lightly. As far as a scary movie goes, however, I would not name Four Boxes as one. My fear built up gradually as the movie progressed, but when it reached the point where I was genuinely freaked out, the plot flipped majorly, and I was left with a scrambled brain instead of fear. It changed everything that I had previously believed and started my quest to find the “deeper” meanings. 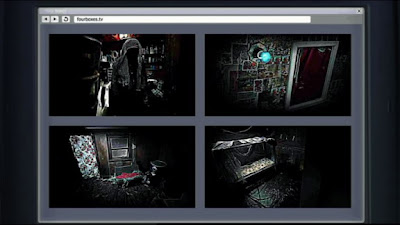 When I finished Four Boxes I was confused, and yes, I watched it a second time. This time I think I understood most of what was meant and implied, as well as the obvious. When it was over, I really appreciated the way this movie had made me think. It was not the boring, factual, school-type of thinking. It was more allover thinking that applies to real life. I tried to dissect everything I had seen and my thoughts kept going in circles. Despite the obviously low-budget and the very cliché Middle Eastern terrorist with strange headpieces, I recommend this movie to anyone who wants have a mind-boggling experience. Or anyone who likes crazy ideas.