Review of The Pitmen Painters at ACT Theatre by Chelsea D. 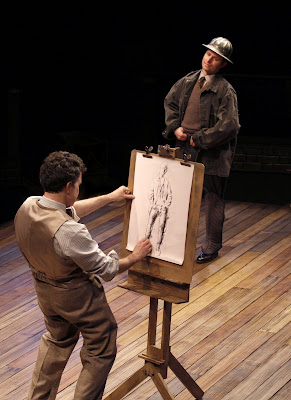 
In World War II-era England, there were few non-military jobs more dangerous than being a pitman. Confined in the dark and grimy recesses of the earth, they worked 10 hours per day to mine coal with very few other jobs available. Though this may seem the least likely place for a renaissance of Realism painting to spring from, this is exactly what happens in The Pitmen Painters, a play telling the true story of the (mostly) pitmen attendees of an Art Appreciation class who, from there, learn to make their own art.

The character and delivery of lines by the actors (led by Jason Marr, who portrays Oliver Kilbourne, the protagonist) is a high point of the show. Marr uses the smallest details of the set to his acting advantage. One small, positive detail which improves the show overall is the actors’ accents, which vary from the low, telltale grumble of Black lung, to the aristocratic Londoner accent of the play’s resident professor of the arts. The accents give life to the story which, at times, transforms from a work of theatrical art to a lecture on morals and art forms. 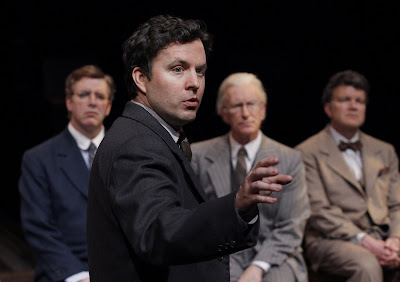 
Though these particulars shine, overall, The Pitmen Painters is (ironically, and against its own teachings) not a play for the masses: it is a play for the visual art elite. Though its core values preach that anybody can do art, it does not live up to what it preaches. Instead, it employs several too many lengthy speeches on the (occasionally contradictory) meanings of art, which require advanced knowledge of art to understand. 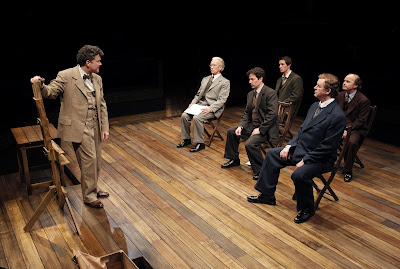 
The Pitmen Painters seems to have a very specific draw. Case in point: in the opening night theatre audience, I felt rather conspicuous as I let a few of the more esoteric art jokes fly over my (usually artistically savvy) head. Though the look at art is refreshed through the lens of the uneducated pitmen whom the story follows, this alone is not enough to liven up the frequently dull two-hour play.

The Pitmen Painters
Through May 20
ACT Theatre