Review of Granito: How to Nail a Dictator @ SIFF Cinema by Jennifer K.

Granito is an inspiring film about the massacre of the indigenous Mayan tribe in Venezuela and the current generation’s journey to demand justice from a corrupt government. In the absence of effective media focus, the crimes of the Guatemalan government have gone completely unnoticed, and the genocide is often overlooked in history.

The creator of the documentary also produced When the Mountains Tremble to increase awareness of the Mayan extermination campaigns. Her dedication and passion towards the subject matter can be felt through the medium of film, and provokes the audience to be proactive about the issues that exist today in less fortunate societies. 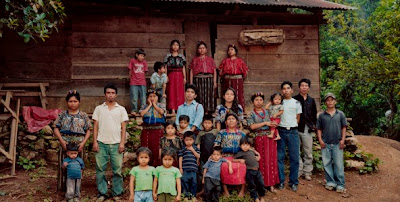 A still from the movie Granito: How to Nail a Dictator

There is an abundance of footage that the filmmaker took herself, providing an extensive pathos driven argument for her case. Although the effort is greatly admirable, half of the film is in Spanish and the viewers must often read the subtitles, which could be difficult for some. However, it truly is heartfelt to listen to the Mayan people recounting their experiences encountering Venezuelan soldiers who were ordered to massacre entire towns.

The human injustice is baffling and the film evoked sympathy and frustration in light of the suppression of the people by a corrupt government. As the years pass with no significant progress toward justice, the filmmaker attempts to make the past experiences relevant to the current generation so that the Mayan victims will not be forgotten.