Review of Morlot Conducts The Rite of Spring @ Seattle Symphony by Galen C.

Ever since the notably young Ludovic Morlot took over as the new music director of the Seattle Symphony, Benaroya Hall seems to have been infused with a new energy. From the fuchsia lights in the main lobby to the fresh sound of the orchestra, there is a vibrant sense of novelty and excitement that was not present before. There was certainly no exception to this at Thursday’s performance of The Rite of Spring. 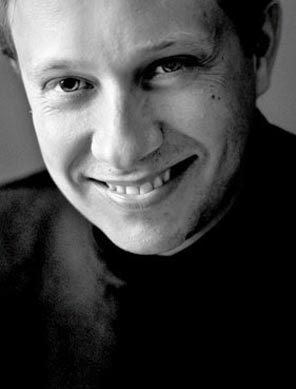 
The bassoon solo that opens Stravinsky’s masterpiece is delivered so delicately by principle Seth Krimsky that one is almost fooled into thinking the rest of Rite will be in the same vein. Within a few minutes, however, it becomes obvious why this piece caused riots during its premiere in 1913. The chaotic yet rhythmic structure presents itself in a heavy mixture of strings, brass, and percussion, but Morlot and the Symphony somehow manage to imbue in it a sense of clarity and precision. At the heart of the orchestra are the solid beats of timpanist Michael Crusoe, keeping the ensemble in check. In this piece, rhythm and volume of sound are just as important, if not more, than melody and harmony; this idea would be amplified by Edgar Varèse’s Amériques later in the program. Morlot coaxes the dynamics to crisply rise and fall as Stravinsky adds and removes layers of parts. However, the lightness in the orchestra stays, alongside an intensity and concentration that refuses to waver under any circumstance.

The audience responds enthusiastically to Rite, and I even hear a man near me say, “Wow, did you see the strings at the end? Their arms were moving so fast!” This awe is manifested in a different form during Gershwin’s An American in Paris—Morlot and the entire orchestra are animated and alive with the wide-eyed vigor of a young George Gershwin’s first time in Paris. The performers are clearly having fun, and there is one word that easily sums up the spirit of the performance: happy. An appropriate lightness is presented—though very different from the lightness in the Stravinsky—that makes the audience simply smile, sit back, and enjoy the piece.

Amériques begins with a mysterious and sweetly delivered flute solo heavily reminiscent of the bassoon solo in Rite. This, too, is not representative of what soon bursts out as a multitude of explosions of rhythm, a large range of dynamics, and pure sound. In order to listen, one has to focus on those elements, because the traditional concepts of melody and harmony are virtually nonexistent. It is so different, so strange, and so alarming that I just cannot help but be completely fascinated by it. What I remember the most from Amériques was the sheer power of the orchestra, especially at the armrest-gripping climactic end of the piece.

In a program with an emphasis on rhythm, sound, and contrast, Morlot and the Symphony presented these elements refreshingly and in a variety of ways. The maestro has recently made it clear that Benaroya Hall is a place where all are welcome, and this concert certainly emphasized the fact that all, indeed, should come.

Morlot Conducts The Rite of Spring
CLOSED
Up next at Seattle Symphony: Rachmaninov's Symphonic Dances