“Do you know what the difference between us and them is? They have money… they dance because they have nothing better to do. We dance because we have to.”- Doboy, leader of Saigon Fresh 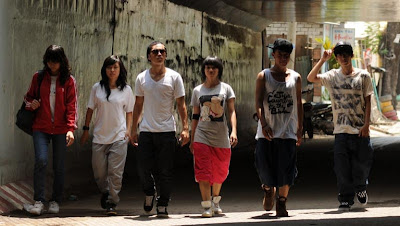 Saigon Electric, also known as Saigon YO!, is a movie about a young Mai adapting to a large and bustling Ho Chi Min City. After failing her dance audition for a dance academy, she meets Kim, a lively hip hop dancer from a dance crew known as Saigon Fresh. This sparks the beginning of the ups and downs that Mai, Kim, and Saigon Fresh go through to ultimately reach the goal of going to Korea. Before reaching Korea, however, they must beat the rival crew, North Killaz, at a dance competition known as the Samsung Challenge. In Saigon Electric, Saigon Fresh experience humiliation by the North Killaz, and the almost loss of a dancer and the youth center which they call home. Saigon Electric focuses on the rite of passing from young and naïve to wise and sophisticated, the art of dancing from the heart, the importance of friendship, and that dreaming is truly powerful. 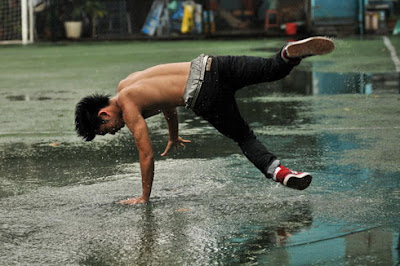 Saigon Electric is meant to show the incorporation of modern Hip Hop and culture with old fashioned tradition through the perspective of Vietnamese youth. As the today’s culture is increasing modernizing and growing, director Stephanie Gauger presents, through Saigon Electric, the power of dream and obstacles and struggles that one goes through to achieve their dreams.

The film is as lively and energetic as the dancers in the film. With techno and hip hop music having a recurrent appearance in the movie, one can truly feel the energy put off by the film through dynamic dancing and powerful music. Dance, whether it is ribbon, break dancing, c-walking, popping and/or locking, is about expressing one’s feelings through movement. Doboy, the leader of Saigon Fresh, learned to dance from watching TV and forcefully exerts his emotions into freezes, windmills, and pop and locks. Aggressive Kim dances so passionately after experiencing a series of nasty embarrassments. Mai, who, after failing her first audition, gains back her passion of dancing and achieves her dream through the help of Kim, Doboy, Professor, Saigon Fresh, the kids of the youth center, and the social and bustling Ho Chi Minh City.

More info at siff.net
Recommended for Ages 13+
In Vietnamese with English subtitles