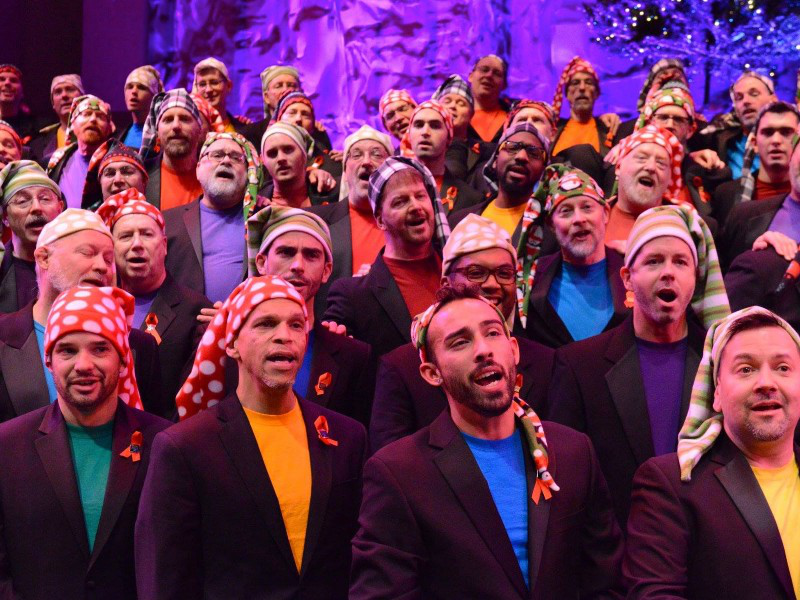 In the mood for some holiday cheer? Our friends at Seattle Men's Chorus are offering THREE HUNDRED complimentary tickets to TeenTix Members for their concert, Jingle All The Way, on December 20th!

All you've gotta do is sign up below with the requested information to claim your FREE tickets to this event. Don't want to fill it out on our blog? Visit this link to directly fill out the form. 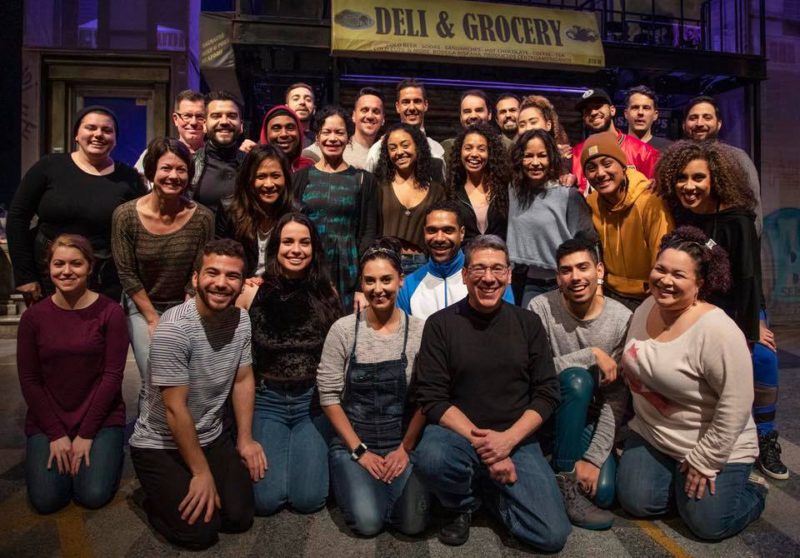 This WILDLY popular, highly-anticipated musical is approaching, and our fantastic, generous friends at Seattle Repertory Theatre are offering a HECKUVA DEAL. 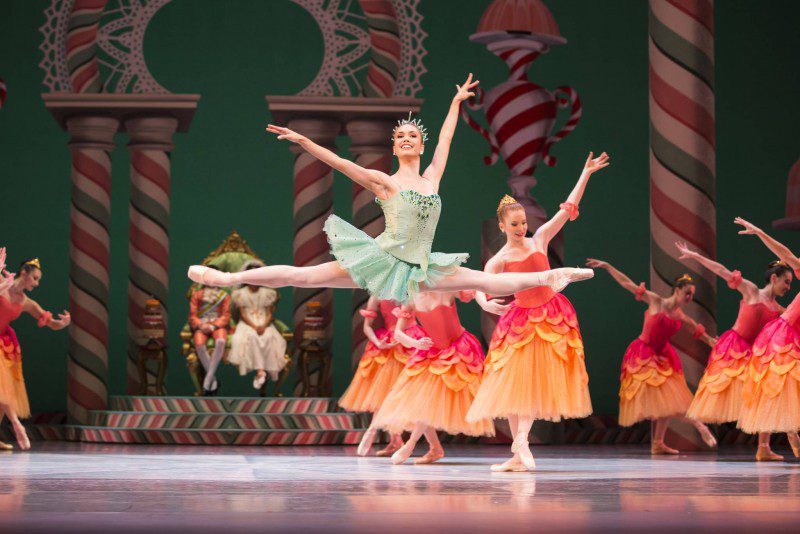 As all you old school TeenTixers know, Pacific Northwest Ballet's wildly popular Nutcracker ballet is the ONLY PNB show ALL YEAR that is NOT TeenTix eligible.

HOWEVER, because they love us so much, PNB always puts aside a little stash of TeenTix tickets for one day of Nutcracker each year. It is an AMAZING, annual tradition that draws teens from far and wide. YOU WON'T WANT TO MISS IT!! 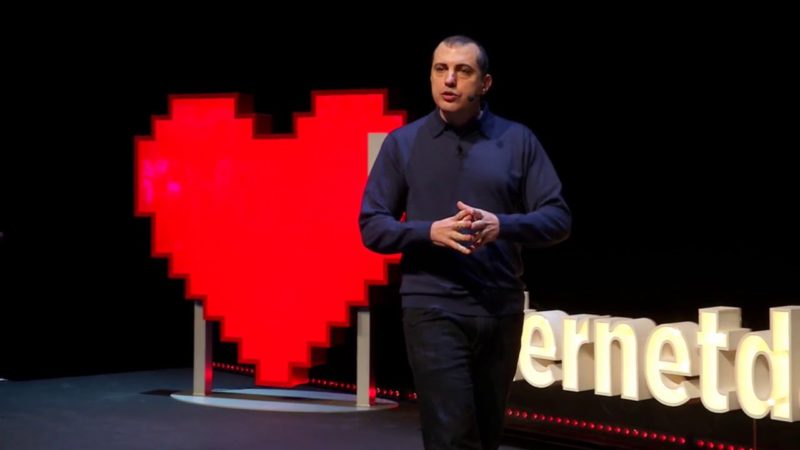 Hey, members! You can attend Edmonds Center of the Arts next Saturday, November 10th for The Internet of Money at absolutely no cost! This event combines film, lecture, and an interactive discussion with bitcoin advocate Andreas M. Antonopoulos.

The first 15 teens to fill out this form will be admitted to the event for FREE! Simply write "TeenTix" when asked "Why should we sponsor your attendance?" We hope to see you there! 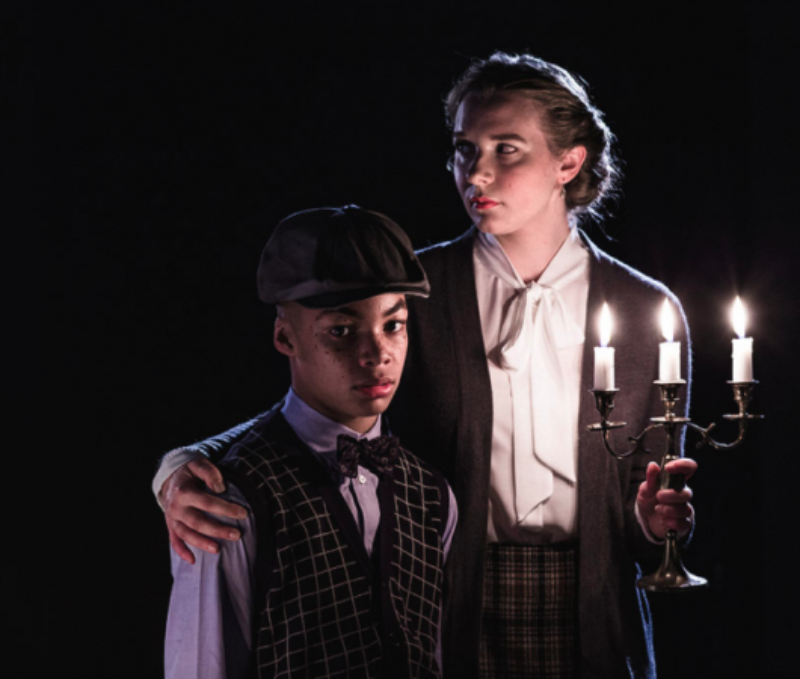 Get in the spooky mood with this dark, mysterious opera!

Our generous friends at Seattle Opera are offering a special deal for their current production of The Turn of the Screw: TeenTix Members can see this opera at the 2 for $10 price at either of the closing weekend performances: 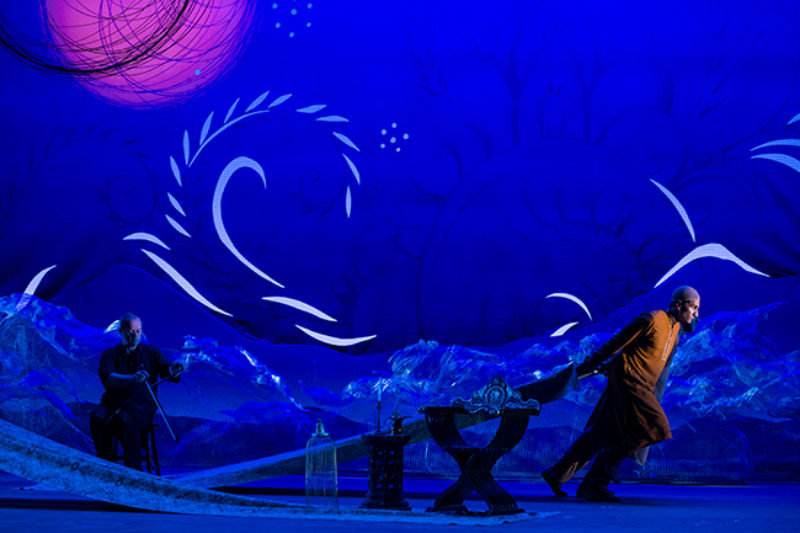 Have you seen A Thousand Splendid Suns yet? Don't miss this harrowing yet ultimately beautiful tale, all at a special price just for TeenTix Members.

Our incredibly fantastic friends at Seattle Repertory Theatre are generously offering a 2 for $10 ticket price for the following performances:

At the beginning of this month, we celebrated teen superheroes at the 2018 Teeny Awards. Now it's your chance to meet some of them.

Join Town Hall this Sunday, October 21st for a special event featuring three of the young founders of March For Our Lives, a student-led demonstration in support of gun control. The event is 100% FREE for teens under age 18 and for students who can provide valid ID, and you can reserve your seat online right now by visiting this link! 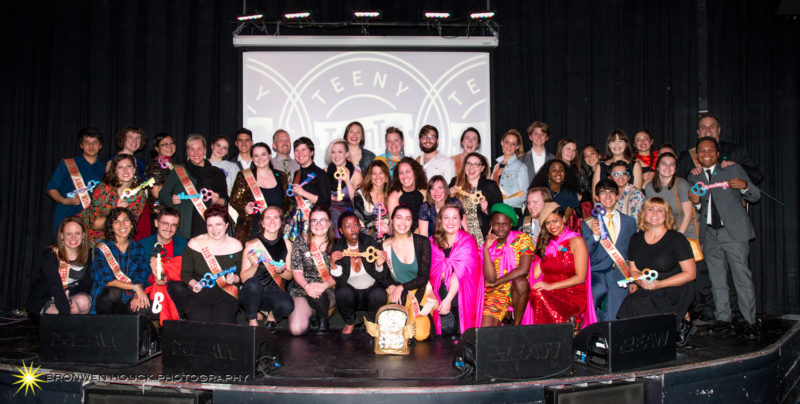 The Teeny Awards are planned with support from The New Guard, TeenTix’s teen governing body, and celebrates the best in local arts and culture according to teenage art enthusiasts. Awardees are chosen by the New Guard based on votes by the TeenTix membership. 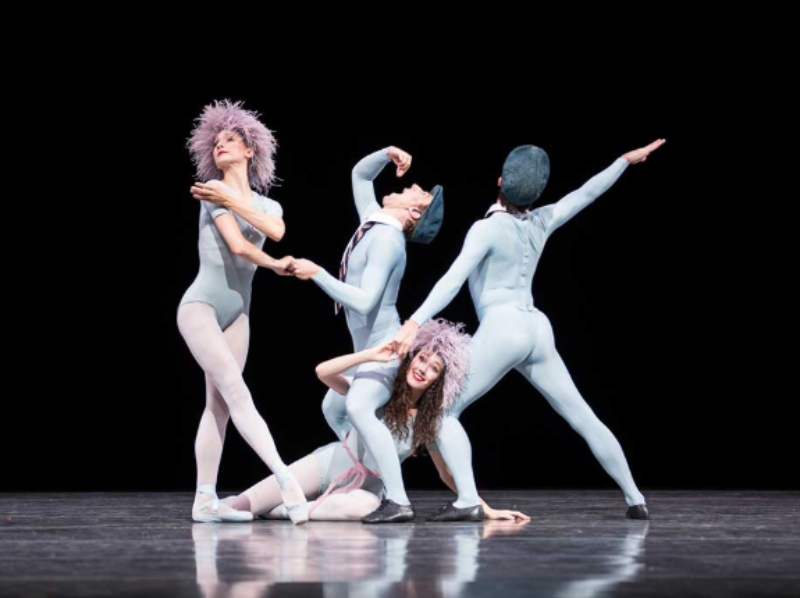 We know you love getting a deal at Pacific Northwest Ballet. Previously, you've been able to get 2 tickets for $5 each on Sundays, but going forward, this is the new policy: 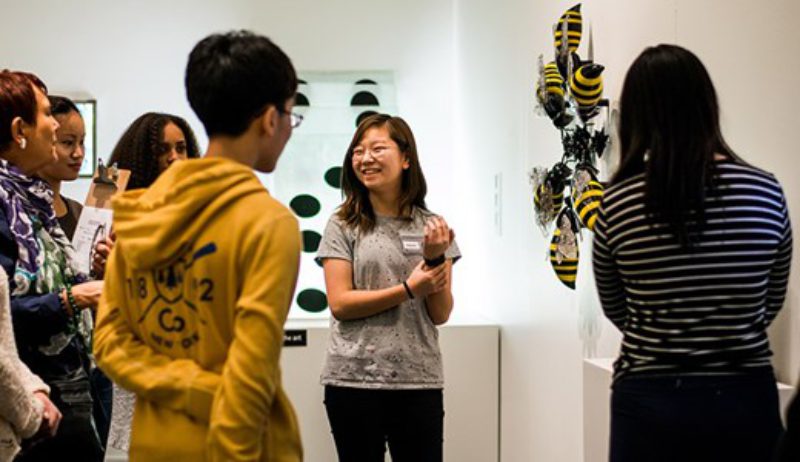 One of the perks of being a member here at TeenTix is offers like this one - Bellevue Arts Museum has generously opened 10 FREE spots for TeenTix passholders to join their Members-Only Curator Tour that’s happening on Friday, September 21st from 7 - 8 PM.

Are you a high school student that loves comedy? Do you like to laugh, have fun, and make new friends? Join the ComedySportz High School League! 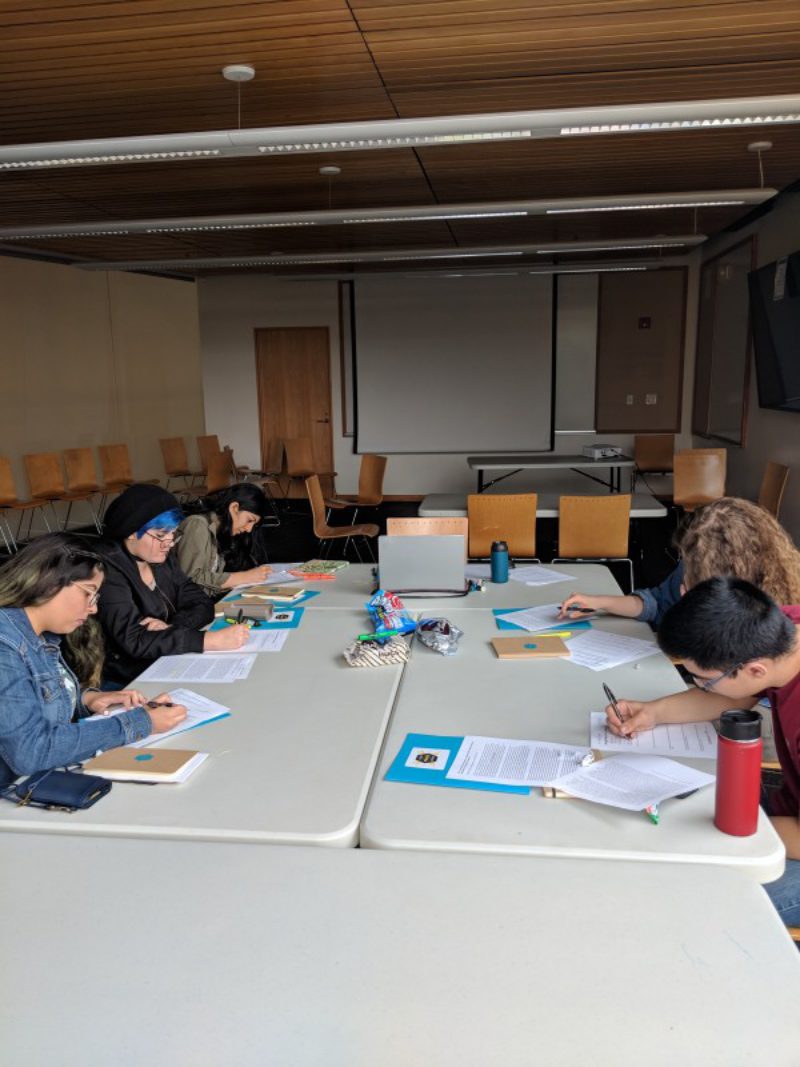 Teen writers are eligible to receive a stipend of up to $20 per review! 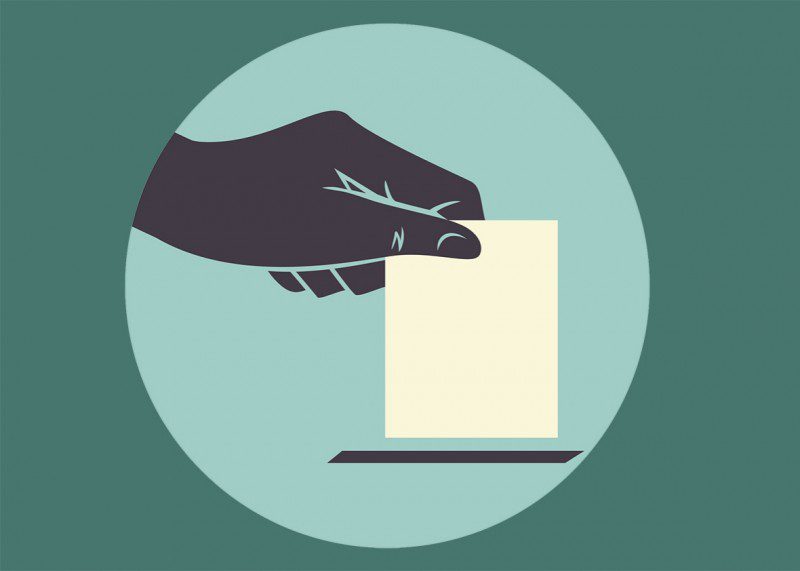 You've got the power.

The #2018TeenyAwards is the Biggest Little Awards Show in Seattle, where the fate of each nominee rests in YOUR hands! That's right, TEENS get to make the final decision each year about which organizations will take home a coveted Teeny Award and the sweet, sweet bragging rights that go along with it.

SO DON'T DELAY: VOTE NOW and tell us about the art you loved seeing! 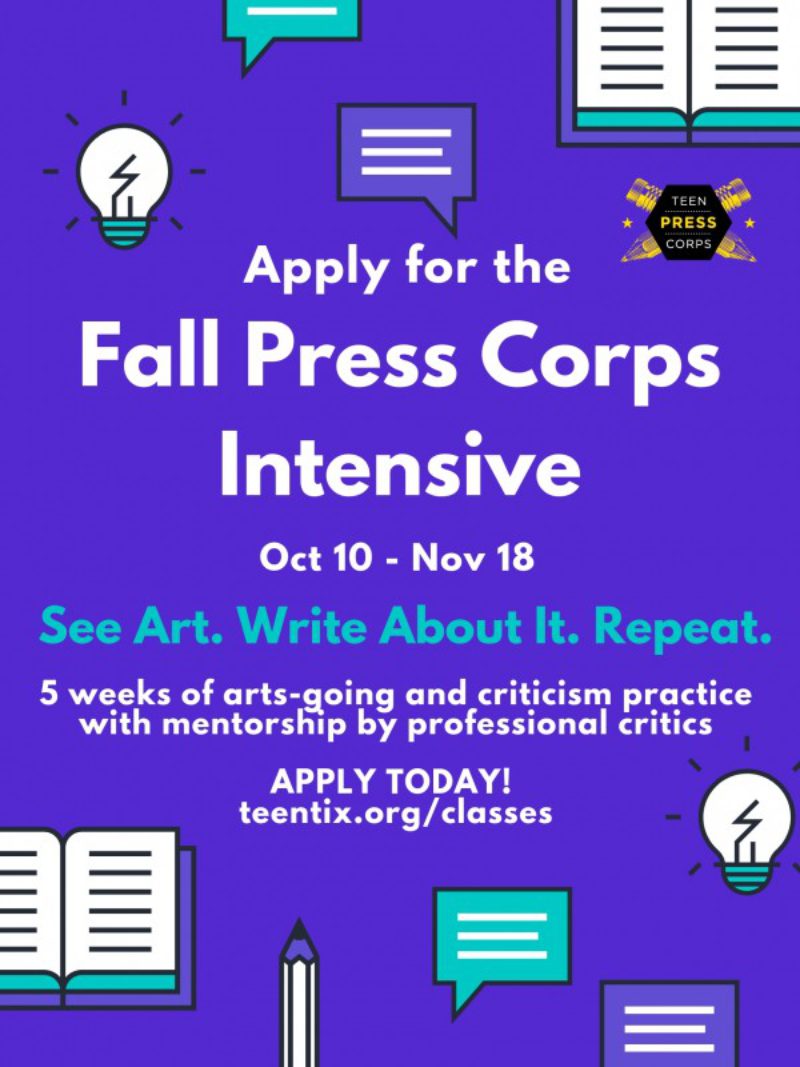 We are excited to launch applications for the Fall Press Corps Intensive! The Press Corps Intensive is a FREE five-week arts-going and criticism practice workshop. The Fall session runs October 10-November 18. In this program,10 teens will work with professional writers and critics who will help mentor and hone your arts criticism skills. The session includes five different art events at several TeenTix Arts Partners. 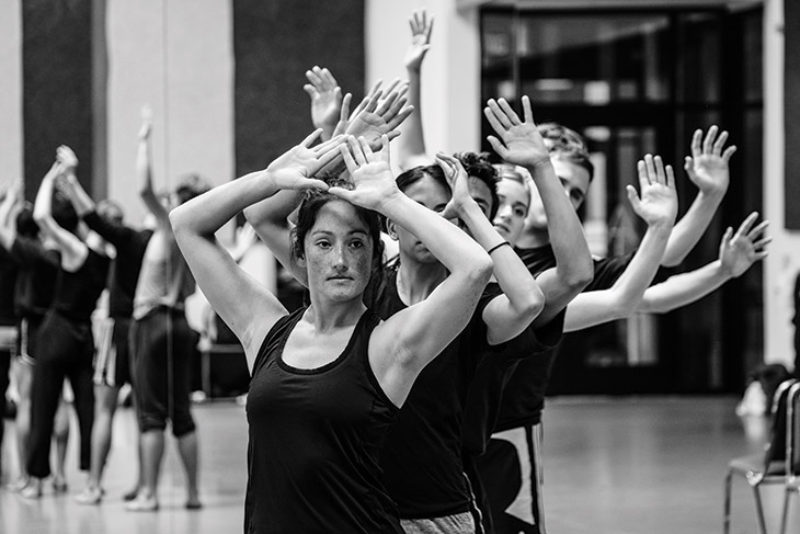 See the newest installation of this Whim W'Him staple: Choreographic Shindig is back and better than ever!

TeenTix Members are encouraged to reserve up to 4 tickets for you and all your friends for this event (a rare chance to snag seats in advance with your TeenTix pass!) so don't delay - fill out this form now to see the show on one of the following dates: 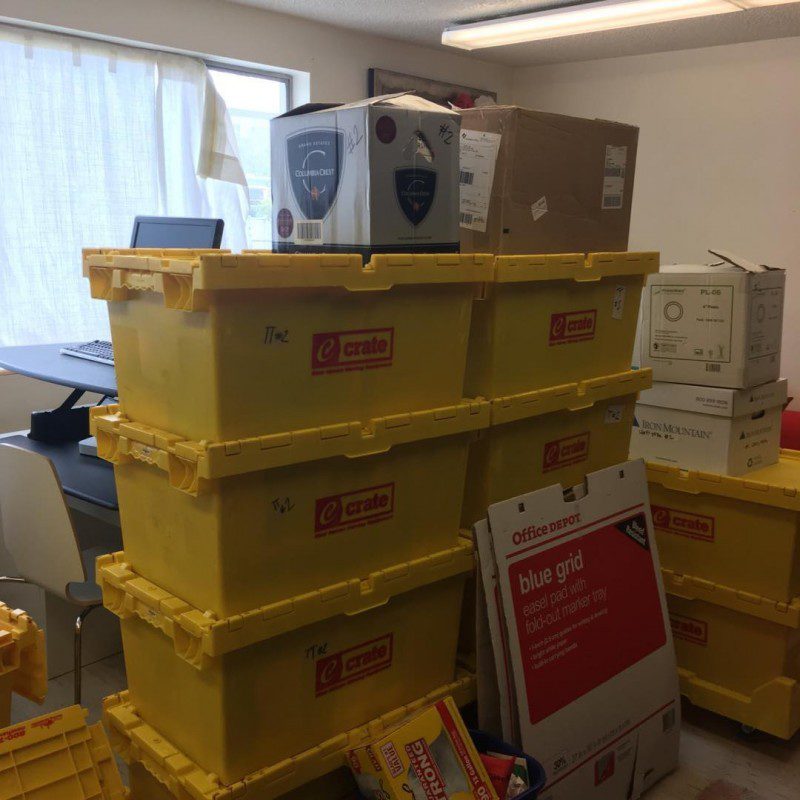 This week we said goodbye to our headquarters of the last several years and moved our offices into the Armory on Seattle Center Campus. We're SO STOKED to return to the building where our program began 14 years ago! Celebrating this homecoming has been the perfect balance of extremely sweet and frenetic. 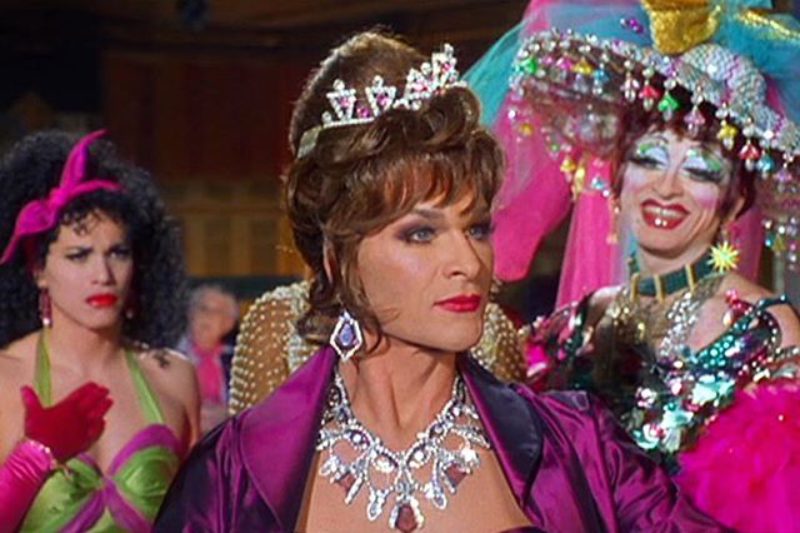 Our friends at Three Dollar Bill Cinema know that there's nothing better than settling down with a bag of popcorn and a movie--which is why they're not only offering FREE outdoor movies this year, but a ~special deal~ on popcorn for TeenTix Members!

That's right, TeenTix Members can get FREE popcorn when they show their TeenTix Pass at the concession stand!

One of our favorite events of the year is THIS WEEKEND--join us for Seattle Art Fair from August 2 - 5. Stop by and enjoy more than 100 local, national and international galleries alongside the vibrant arts community of the Pacific Northwest!

We're stoked to offer our teen members exclusive access to $5 TeenTix tickets per day, in addition to a 20% discount on all ticket types for adults. Click here to purchase tickets online, or use your TeenTix Pass at the door! 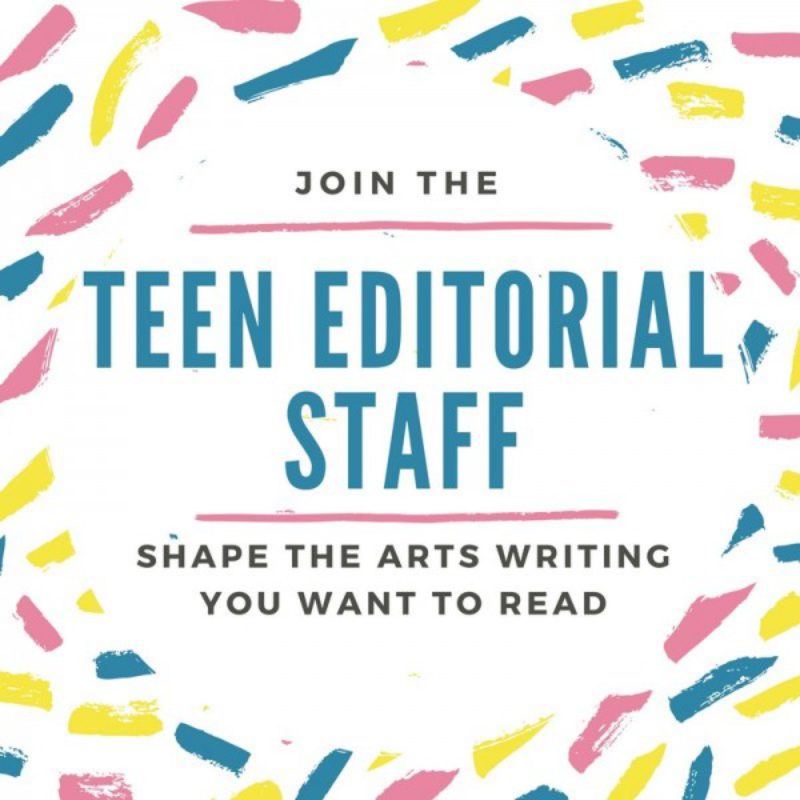 TeenTix has been hard at work revitalizing the Press Corps program, and we've got some SUPER EXCITING NEWS: we're now announcing the launch of the TeenTix Press Corps' Teen Editorial Staff program!

The Teen Editorial Staff is a group of 5 teens who will run the review portion of the TeenTix blog. These Staff members will edit and curate the content of the blog and decide which art events are covered. This is your chance to shape the TeenTix blog and make it relevant for teens like you! What's the most exciting part of this new addition? Editorial Staff will have the opportunity to receive a stipend of up to $50/month based on their full communication and participation within the program. SCHEDULE (please read carefully!)