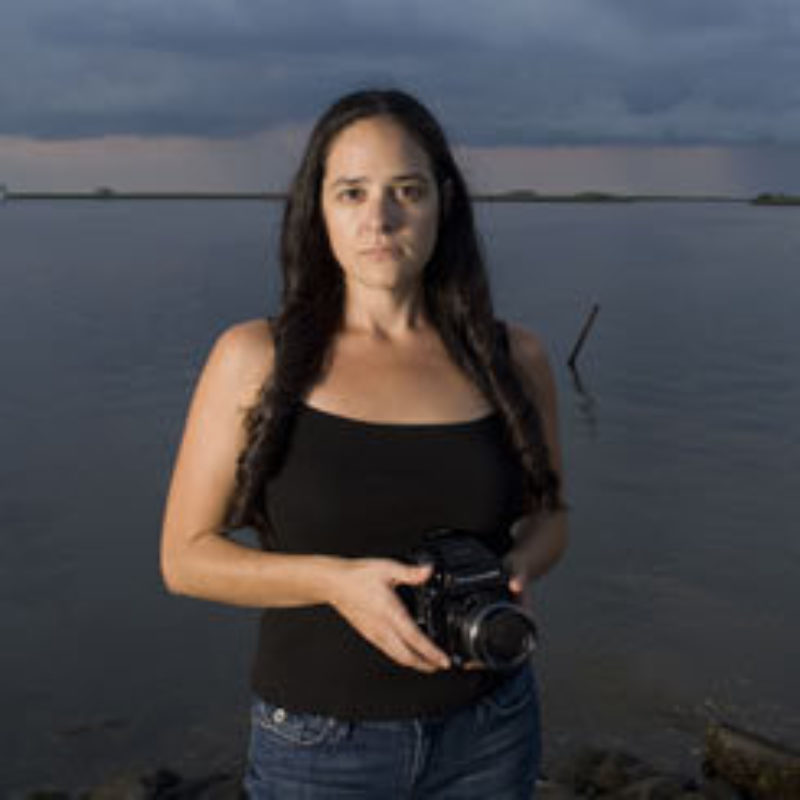 The bayous of Louisiana are some of the treasures of the United States, rich in culture and wildlife, but are not often publicized in today’s media. One of this year’s Academy Award contenders, Beasts of the Southern Wild, brought us a mythical view of an isolated, yet vibrant, bayou community. Sharon Linezo Hong’s My Louisiana Love brings us a harsher reality of the conditions in the bayous.

My Louisiana Love traces Monique Verdin’s poignant story of love, both for her people and her home. Hong’s first full-length documentary is made more intimate through her use of home footage, recorded by Verdin and her partner Mark Krasnoff, and later by Hong herself.

Review of Mississippi I Am at the Seattle Lesbian & Gay Film Festival by Jessika G.

ALERT: THIS REVIEW CONTAINS SPOILERS. CONTINUE AT YOUR OWN RISK.

There are bad movies. There are really bad movies. There are movies that you thought would be enjoyable, but turn out bad. Then there are movies that you had high hopes for, are actually so terrible that they slap you in the face for ever believing they might be worthwhile. Detention is one such film. What Detention aims to be and what it actually ends up being are two very different things. Billed as a witty sendup of nearly every teen movie being made, it promises to be both a quirky parody as well as a horror movie. True to form, the writers seem to have worked hard to mock every teenage movie known to man in less than an hour and a half. References to teen classics are both endless and heavy-handed. I could have saved the writers some time in developing Detention: rather than go to all the effort of actually writing a story, they could have simply loaded the screenplays of Freaky Friday, Ten Things I Hate About You, The Breakfast Club, and Friday the Thirteenth into a gun, fired the gun, and then picked up the pieces at random. They would have ended up with a script of about the same caliber of meaningless drivel. The simple fact is that Detention is prey to every imaginable pitfall in a teen movie. The acting is terrible, the direction is schizophrenic, the plot is simultaneously vapid, ridiculous, and convoluted, and the cliché is laid on so heavily that the actors appear to have actual difficulty standing up. While it is true that in teen movies these are all forgivable offenses, the biggest sin of Detention is that it simply does not have anything to say. As a film and a parody it is soulless; even spoofs need to offer their own insight and take on the world. All Detention does is merely giggle at and plagiarize other movies, without offering anything original. To be blunt, this movie can definitely be passed over in your forays through SIFF. There are some real gems in this year’s festival, and they are not to be missed. Detention is true to its title in that being there is certainly a punishment. My best advice is to do like the cool kids: cut Detention and go see something Swedish. (…That’s what cool kids do, right?) DETENTION Part of Seattle International Film Festival Playing at: Neptune Theatre, June 3 at 9:30 PM Egyptian Theatre, June 5 at 9:15 PM More info at siff.net Recommended for Ages 17+ (contains bloody violence, nudity, and strong language)

If the realization hits you about an hour into Cold Weather that absolutely nothing has happened yet, my best advice is to calmly collect your things and exit the theatre as unobtrusively and politely as possible. The bad news is that you’re dead right—nothing has happened. The worse news is that for the remaining hour or so, it only gets worse. I exaggerate a little. True, stuff happens in Cold Weather. The problem is that it happens at about intervals of about half an hour. And when it does happen, it is done in a manner that is so clichéd, contrived, and sophomoric that it’s almost worse than nothing happening at all. I spent large sections of this movie intently wondering if it would be more satisfying to drive an ice pick through my own head or the head of the grating main character Doug, who is as moronically ridiculous as he is coma-inducing. Even more regretfully, the two mildly interesting characters abruptly and inexplicably disappear for large sections of the film, leaving the audience like castaways on a desert island, desperately trying to find a way off Part of the problem may have been that I had high expectations for this film. Promotional materials touted it, saying “[Director Aaron Katz’s] coy and funny thriller keeps audiences guessing, while sharpening his singular cinematic style. Cinescope hailed it as ‘the greatest American film of the year,’ and we happen to agree.” After reading this and watching the actual film, I can really only come to the conclusion that we were either watching different movies, or that I am a complete and utter moron. However, I don’t think I’m alone, given that several other patrons got up and left in the middle of the movie. I envy them. The fact of the matter is that for every second of footage that might be remotely considered thrilling (if you squint really hard, maybe) there is about five solid minutes of absolutely nothing happening whatsoever. Director Aaron Katz must really, really, love making movies about people sitting in parked cars discussing topics that have absolutely nothing to do with the storyline, because he seems to have gone far out of his way to fill up this film with it. I have a long list in my head of things I could have done rather than see Cold Weather, running the gamut from “read a really interesting book,” to “write an angry and confused letter to Aaron Katz asking why he thinks we are so interested in watching people sit in parked cars.” In the meantime, I will be hanging on to my receipt for the movie, because I expect that when I die I will be able to get the time I spent watching the film subtracted from my sentence in Purgatory. I will be sure to let you know if Purgatory or Cold Weather is more interesting. P.S. Readers! Did you see this movie and agree that I am a complete and utter moron? Please tell me why, because I am mystified. Sincerely, Tucker. Cold Weather Northwest Film Forum Through March 17

I'm a 17 year old guy and I read every book. I am (only slightly) ashamed to say that I was at the midnight release party for Breaking Dawn at my local Barnes and Noble. I saw Eclipse at midnight. I own a Spanish translation of Twilight. And while this might usually qualify one as a crazy fangirl, I don't think of myself as one. For me, Twilight is like Cheetos. They're not filling, they're light and fluffy, and you can eat them pretty mindlessly. You also know deep in your mind that in the long run, it's probably bad for you to have them, but hey, what's another hand full, right? So when someone brings up Twilight, especially when it's a big, fat, angry argument for or against it, I just kind of laugh. Love it or hate it, Twilight is pretty ridiculous when you look at it. But really, it's just mental junk food, either way. And really, a little more can't hurt you, right? Right. Our Teen Press Corps will be telling us what Twilight makes them do all week long. Click here to read them all. Movies at the Mural SEATTLE CENTER Saturday, August 21st @ 9pm: Twilight Sunday, August 22nd @ 9pm: The Twilight Saga: New Moon Free!

Review of Act of God at SIFF Cinema by Tucker Cholvin This coming Friday, lightning will strike at SIFF Cinema. Act of God, a Canadian documentary film directed by Jennifer Baichwal, is a masterfully done introspection into the symbolism of lightning and storms in the human condition. In interviews with people struck by this awesome force of nature, relatives of those killed by it, storm chasers, musicians, and in forays that range to France, Mexico, and beyond, Act of God quickly fills you with a sense of awe at the sheer power of lightning. Baichwal uses sweeping panoramic shots of powerful storms set to the stories of victims to stress and illuminate the raw destructive force of lightning—images of twisted trees and mangled metal drive the point home. But Baichwal’s concern is not so much in the lightning itself, but in its metaphysical implications. Is a lightning strike a random occurrence in a purely mechanical universe? Or is it a fated, predestined strike by an omniscient God? In tearful interviews with victims and survivors, it becomes clear that there is no easy answer, but countless perspectives. Baichwal travels through religion, science, logic, and emotion in search of answers. Some in the film say that evolution has wired humans to look for and remember patterns; that looking for significance in a random lightning strike is only an uncivilized remnant of our former primitive selves. On the other hand, a televangelist who had a near-death experience following a lightning strike disagrees—in a near-death experience, he saw heaven and his soul in what he believes was an intentional act of God to change his ways. In the end, one bereaved mother expresses the common middle ground: “I can’t accept that there is a reason that [my son] died, but I can’t accept that there is no reason.” The pure power of lightning provokes differing reactions in people; when faced with such a force, Act of God shows how they will harness it, fear it, revere it, or deny it. And by the end of the film, you will be questioning your own worldview as well. Act of God marvelously takes something that we accept in life as commonplace, and in dissecting it allows us to question ourselves and the nature of life. An enriching and engaging film, Act of God is well worth the time—guaranteed to expand your mind and bring a new dimension to this winter’s coming storms. - Tucker C. Act of God October 30th - November 5th SIFF Cinema