Wanna get acquainted with the TeenTix community? There's no better way than to attend one of our ~special events~ produced in cooperation with our partner organizations. The best part about seeing one of these shows? Proceeds from the tickets you purchase always support TeenTix and our mission to ensure equitable access to the arts for all young people. Ready, set, GO get some art! 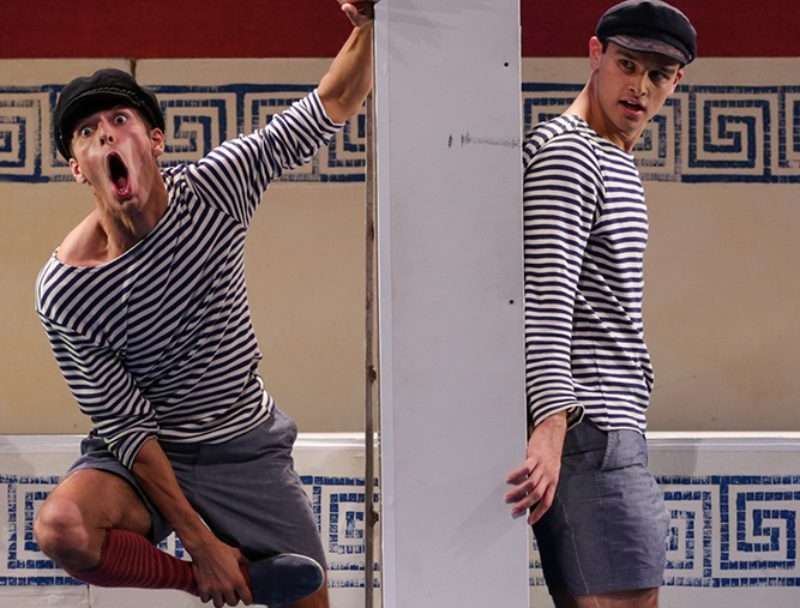 What if we told you that answering a single question could win you 1 teen ticket + 1 adult ticket for our upcoming special event, LOLZapaOOPSa? WHAT IF!? BECAUSE THAT IS WHAT WE'RE TELLING YOU.

A special donor has donated two tickets (1 for a member, and 1 for a companion adult) for this Thursday's event to give away to one lucky winner who can answer this question correctly: 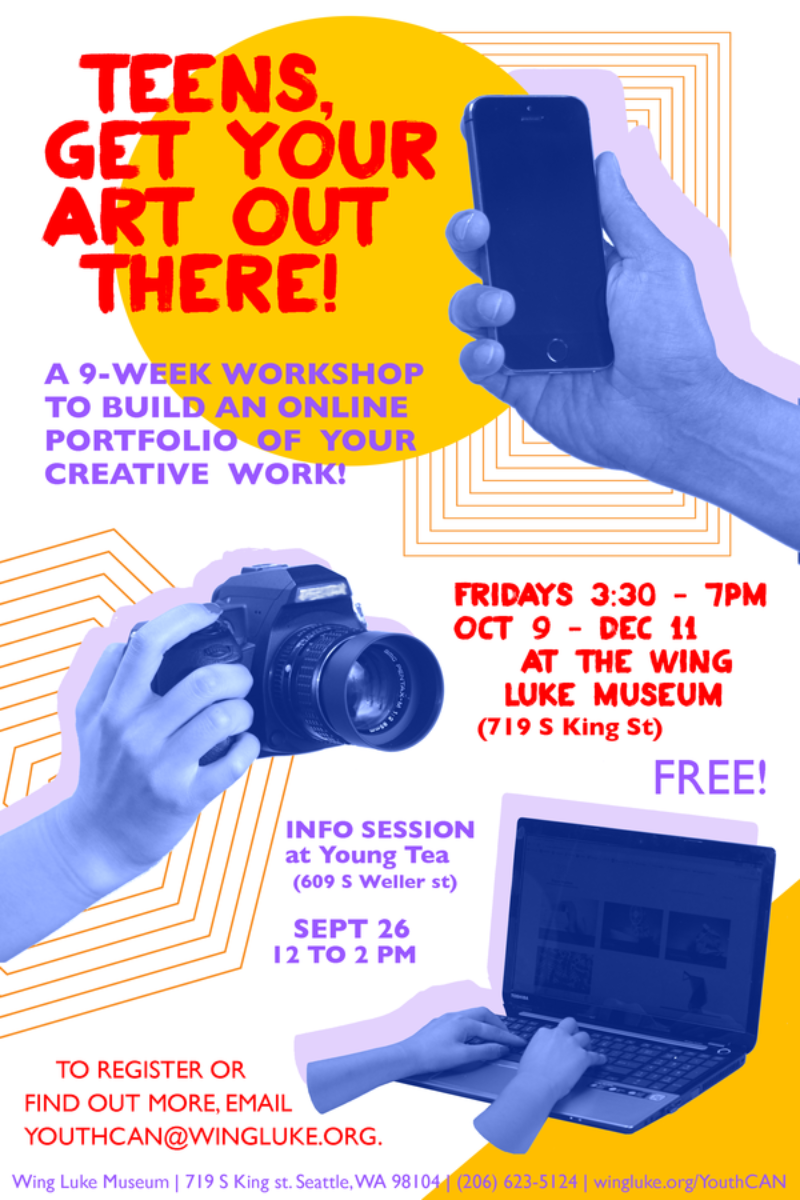 Get Your Art Out There! Build a Creative Portfolio with YouthCAN

Teen artists, get noticed! Learn how to build an online portfolio and tell the story behind your art, whether you make paintings, poems, or something completely different. Professional designer Raj Makker will teach you how to use HTML, take great photos, and write about your art. Learn design principles and find out how designers use their art skills to solve problems. What new uses can you find for your art? 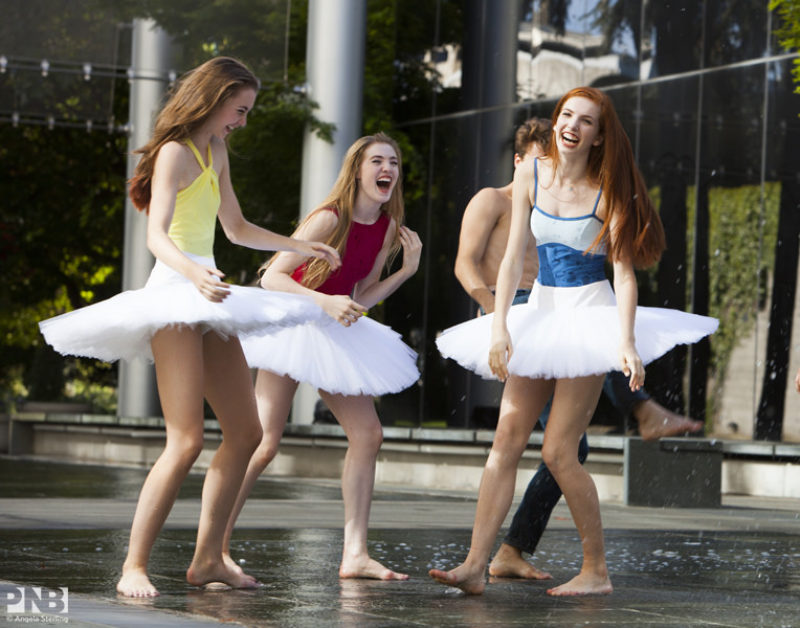 ​It's that time again: you gotta decide what you're gonna do as soon as school is over. Will you dance in a ballet? Take an improv class? Be in a rock band? It's up to you! We've created this handy guide to all the things we know about happening in Seattle this summer just for teens! 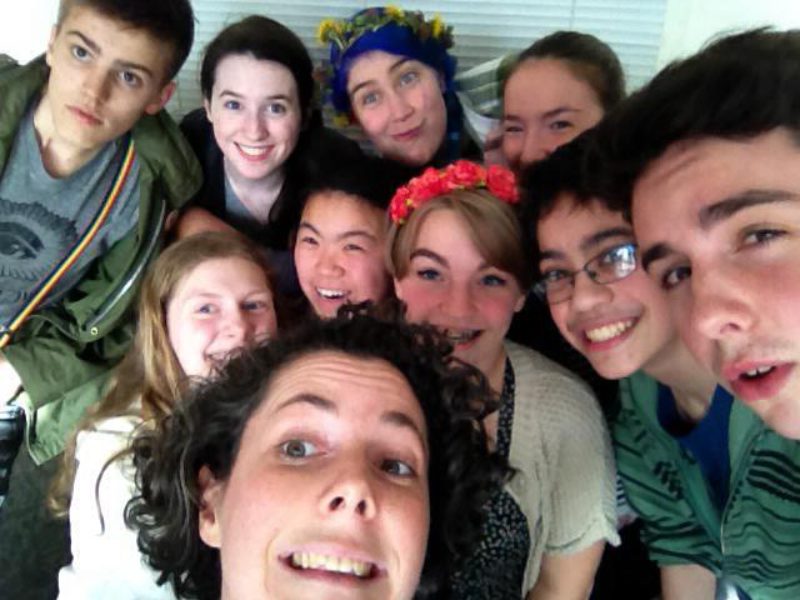 Are you always trying to get people to go to shows? Do you value diversity + access? Are you vaguely interested in a career in the arts? Or, perhaps, you're simply the only person you know who likes opera.

Then, it seems, you're a perfect candidate for The New Guard: Teen Arts Leadership Society! What is The New Guard, you ask? (We assume you asked. We can't hear you but we're pretty sure you're telepathically communicating to ask us this question.) 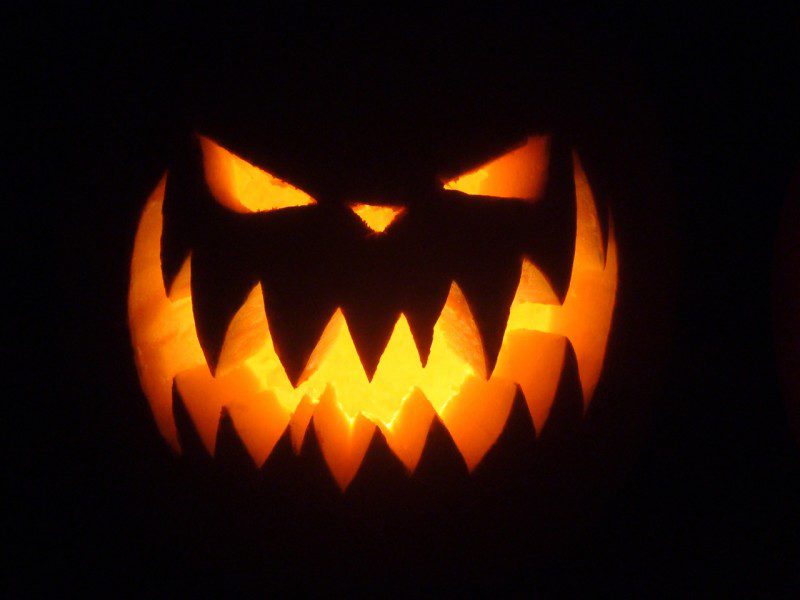 ​'Tis the season of spook, and our partner organizations are delivering quite a scare! Here's a comprehensive guide to All Hallow's Eve events around Seattle.

"MOHAI's Youth Advisors (MYA) is a place for high school students to investigate, explore, and be empowered to create a more teen-friendly museum. This team of 15 high school students, ages 14-18, will meet twice monthly, set goals, and review deliverables. Tasks will include spending time with visitors in the galleries, interviewing peers, attending and reviewing other cultural programs in the area, and program development at MOHAI." 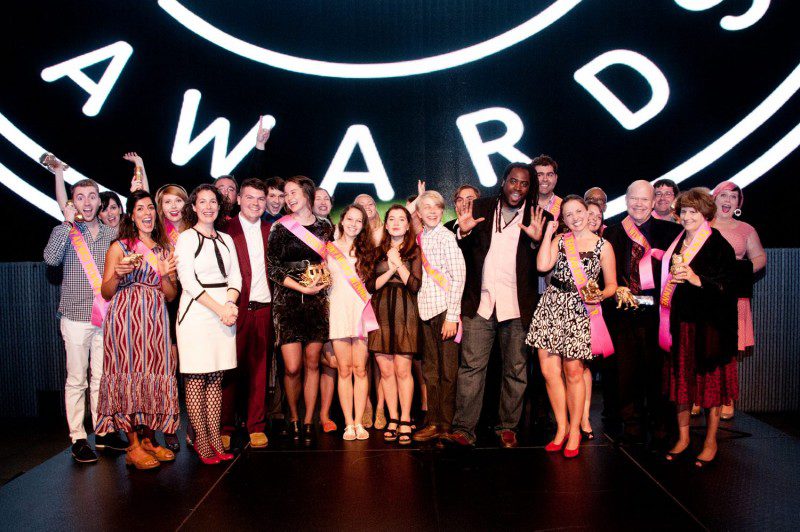 Each year, we gather together our friends, members, and partner organizations to recognize them for the hard work they do. It's a little party we like to call The Teeny Awards. And this year, IT RULED.

Not only did we throw a bangin' party fully equipped with cupcakes, a photo booth, carnival-style swag toss, and button making--we spent the night laughing our butts off with host Lindy West, got to give away an enormous raffle prize of an entire year's worth of arts tickets, generously donated by our partner orgs, and then we had a dance party to finish it all off. We are telling you, this party was almost as good as meeting Lil Bub. Or Taylor Swift. Forreal. 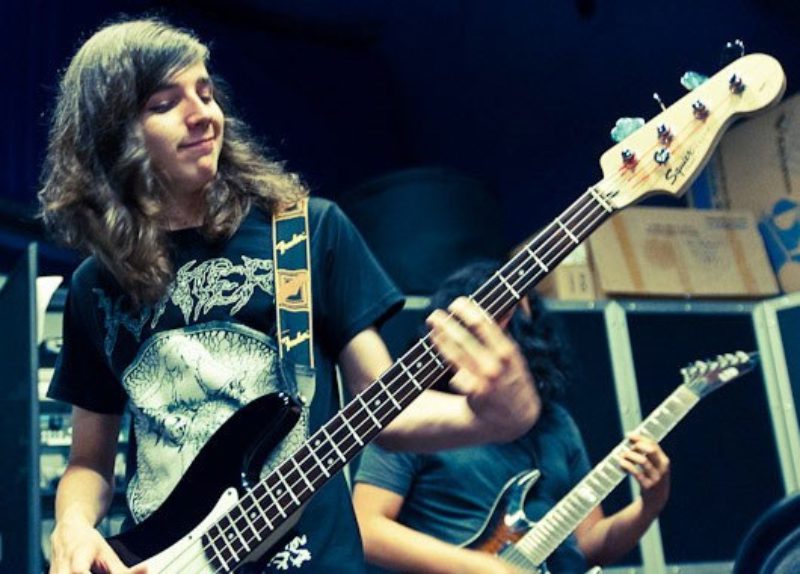 ​It's that time again! Find something for every artistic endeavor on this complete list of classes, workshops, and programs for teens this summer.

Know about a summer opportunity that isn't on this list? Email Leah at leah@teentix.org and she'll add it right quick! DANCE 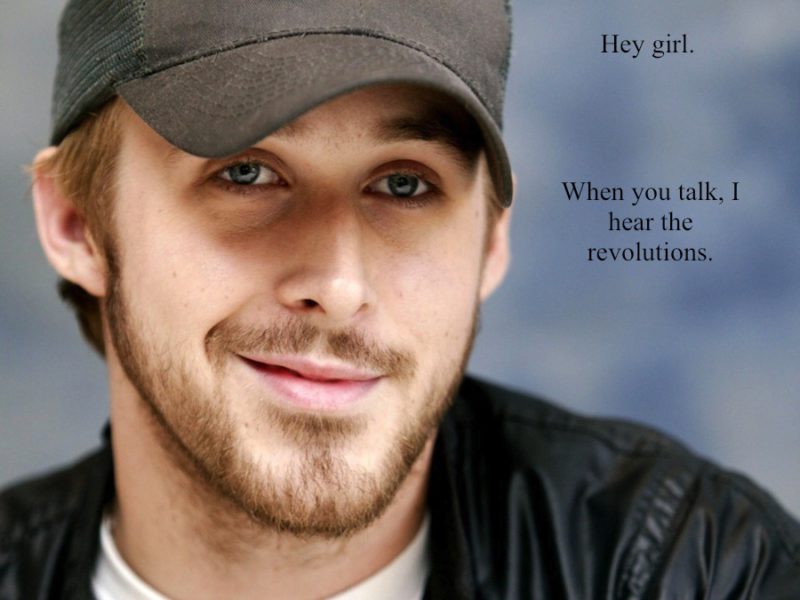 Two BIG things are coming this Fall for teens interested in pursuing writing. Does that sound like you? Read on!

"What is criticism and why does it matter?" Explore this question and more in the Young Critics Workshop! In short, it's an arts criticism seminar open to 11th and 12th graders who are interested in exploring arts journalism. In YCW, you'll take classes, field trips to see art that you'll then review, and have discussions with a panel of real-life arts journalists. This class has been going strong since 2007--join and you'll be a part of the next generation of young arts critics. 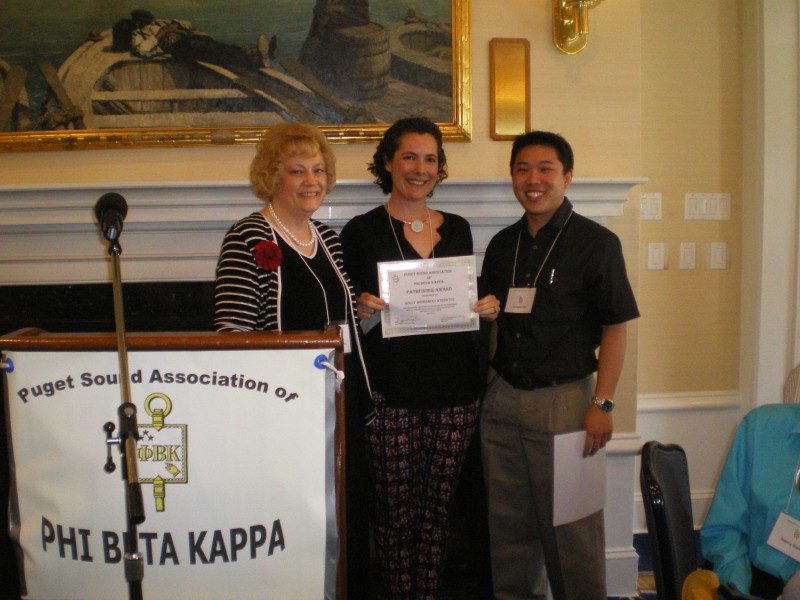 LAST TUESDAY, HISTORY WAS MADE.

Our very own Executive Director of the TeenTix program, Holly Arsenault, met with the Puget Sound Association of Phi Beta Kappa on May 20th to accept the Pathfinder Award. This award honors and recognizes extraordinary leaders in promoting high quality learning and, specifically, they made it super official that we have made a huge impact in the lives of teenagers since our program began. Did you know that TeenTix has facilitated the sale of over 40,000 tickets to the arts?! HOW COOL IS THAT? 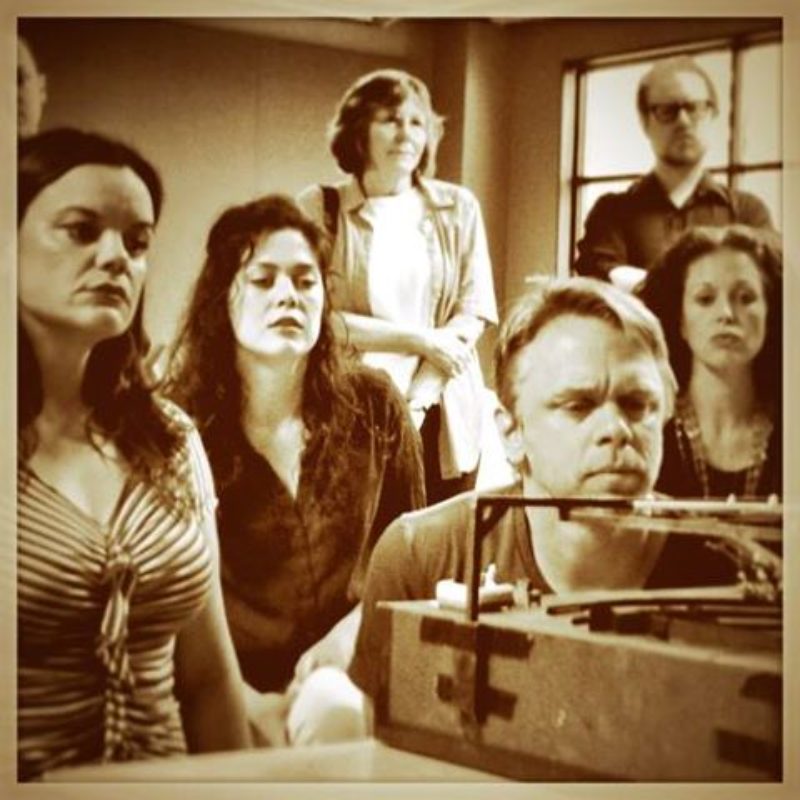 Own a video camera or webcam? We want you to express your opinions on the world wide web! 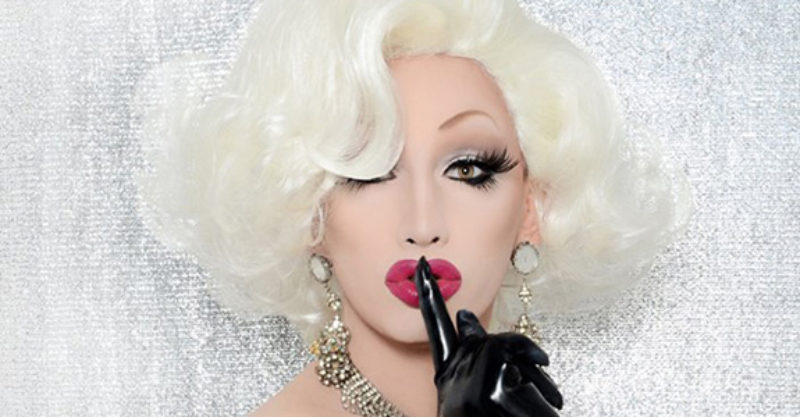 Balagan Theatre, TeenTix partner and all-around awesome organization, is throwing a Preview Party for their 2013-14 season-- and they invited 5 members of our TeenTix Press Corps to attend! It's gonna feature a ton of performances by insanely talented folks like Jinkx Monsoon, winner of Season 5 of RuPaul's Drag Race, Alice Ripley, star of Next to Normal on B'way and Tony Award Winning Actress, as well as two other Broadway beauties, Kendra Kassebaum and Louis Hobson!

Sounds super great, right? Oh, wait, we forgot to mention: we are handing over the reins of our entire social media presence to those TeenTix Press Corps members. Yeah, you read that right. That means that starting at 7:30 tonight, June 10th, every post on our Facebook, Twitter, and Blog will be from teens, just like YOU.

ON THE BOARDS October 15, 2009 - A packed theatre buzzes with excitement, waiting for the new Reggie Watts comedic spectacular featuring Tommy Smith, Transition. The audience faces a large projection screen featuring just the legs of a skateboarder that is intermittently disrupted by a single frame of a face and an electronic noise. We sit on the edge of our seats to try to predict the interruption, waiting for the next chance to decode what we see. Reggie Watts in Transition, featured at On the Boards. Photo courtesy of the On the Boards blog. The entire performance followed suit. From beat boxing to movie clips, reenacted scenes and relationship commentary, Reggie took the audience on a journey through nonsensical brilliance. One theme that he always seems to return to, however, is the destruction of the human experience through technology. Not only does he beat box about the downfall of society through technology, but he couples his ideas with a paradoxical theme of technology throughout the performance. Every sketch seems to incorporate some form of equipment, almost every bit tied to the immortal internet. The performance is captivating, intriguing, and above all hilarious! Made for those with extreme ADD or an attention span for funny man Reggie Watts, Transition is the perfect attraction for older Teen Tix members. (Contains course language.) For more info, visit this link. - Leah F.

Ever been sitting at your computer with nothing to do? (AFTER your homework is already finished, we assume.) Rest assured, your weekly cure for boredom is here! This week we're bringing you the CINEMORGUE, an online database of actors and actresses who have kicked the bucket on screen. Think you're a movie buff? Quiz yourself on deaths in movies, browse a photo gallery, or just explore the alphabet of actors and actresses who have made an all too morbid appearance on the big screen. Visit the Cinemorgue here! - Leah F.